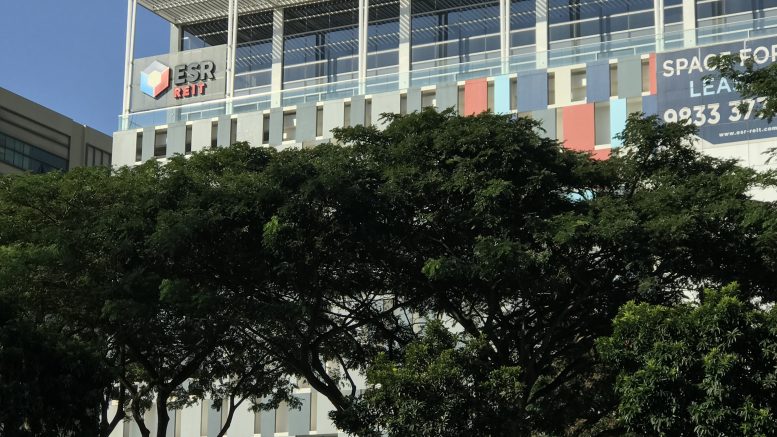 ESR-REIT said Monday a key consideration in setting its bid for ARA LOGOS Logistics Trust, or ALOG, was the 52-week historical high prices of their units.

That was after both REITs hit their respective highs in early September — ESR-REIT at S$0.51 and ALOG at S$0.95 — in high volume after it was announced both would be included in the FTSE EPRA Nareit Global Developed Index, effective 20 September.

ESR-REIT has proposed acquiring ALOG, for a total consideration of around S$1.4 billion in cash and shares, in a deal which will create an industrial REIT with around S$5.4 billion in assets across Singapore and Australia, the REITs said earlier this month.

However, some analysts have since criticized the deal as coming up short on ALOG’s value, noting that the consideration should be valued at S$0.8746 a unit, which would be lower than ALOG’s traded price as the unit consideration portion of the offer overvalues ESR-REIT’s units. Units of ALOG closed Monday at S$0.885, while ESR-REIT ended at S$0.48.

In the statement Monday, ESR-REIT added other factors also were considered in setting its offer price, such as yield, net asset value, market capitalization and trading liquidity of each REIT, the market value of the REITs’ property portfolios and cost of debt financing for each REIT.

“As this is a proposed merger of two of ESR Cayman’s leading REITs to form the leading New Economy APAC REIT, the manager and ALOG manager believe that the exchange ratio provides a balanced approach to effect the merger and bring about the benefits,” ESR-REIT said.

The combined REIT, to be called ESR-LOGOS REIT, or E-LOG, would hold a portfolio of logistics/warehouse, high-specification industrial properties, business parks and general industrial properties, with the combination set to be among the top 10 largest Singapore REITs (S-REITs) by free-float market capitalization, ESR-REIT has previously said.

The REIT noted Monday that the distribution per unit (DPU) accretion is projected at 5.8 percent for ESR-REIT unitholders and at 8.2 percent for ALOG unitholders, on a pro formal basis, the highest among the five completed Singapore REIT (S-REIT) mergers since 2018.

The accretions is expected to come from refinancing ALOG’s borrowings at lower cost and from reduced land rent expenses by paying land premiums to JTC upfront, the REIT said.