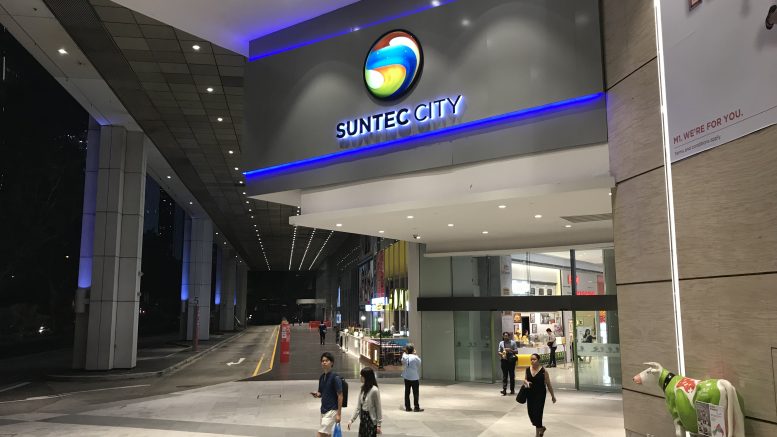 Despite a headline jump in Suntec REIT’s earnings, that may be a one-off with strong growth ahead unlikely, said analyst/Insight provider Clarence Chu of Aequitas Research who publishes on Smartkarma in a note published Friday.

“While there is nothing outwardly wrong with the REIT, we don’t expect it to report strong organic growth in the near term. This comes in view of the current market uncertainty, stripping away one-offs and factoring in Minster Building’s full contribution in 4Q21,” Chu said in the note.

Chu noted the two month’s contribution from The Minster Building only made up around 4.9 percent of gross revenue.

“We think [that] wouldn’t move the needle much for the REIT,” he said in the note published to Smartkarma.

Suntec REIT announced it would acquire The Minster Building at end-June, with deal completion in late July; on Friday, the REIT said the property had S$4.5 million in gross revenue in the third quarter.

Chu added: “While the recent Minster Building will add a small boost in recurring income, the headline year-on-year growth had been due to the new Minster Building’s contribution and nonrecurring items like the surrender fee in 177 Pacific Highway.”

Chu estimated that stripping away The Minster Building, adjusting 477 Collins Street for a full-period contribution and removing a surrender fee at the 177 Pacific Highway property by assuming no organic growth for the asset would result in only around 5 percent top-line growth.

In addition, the REIT noted it received a one-off surrender fee at the 177 Pacific Highway property without disclosing the amount. Gross revenue from the asset in the third quarter was S$12.7 million, up from S$10.1 million in the year-earlier period, the REIT said.

On the outlook, Chu noted Singapore faces continued uncertainty as the government announced a fresh stabilization phase until late in the fourth quarter. But he added, the REIT doesn’t have many lease expiries in the fourth quarter, and on the retail end, footfall impact appears minimal despite the tightening measures.

The outlook in Australia is bleak, he said, as while lockdown is nearing an end, Covid-19 cases are rising. However, both Australia and the U.K. have minimal lease expiries in the fourth quarter and in 2022, he noted.