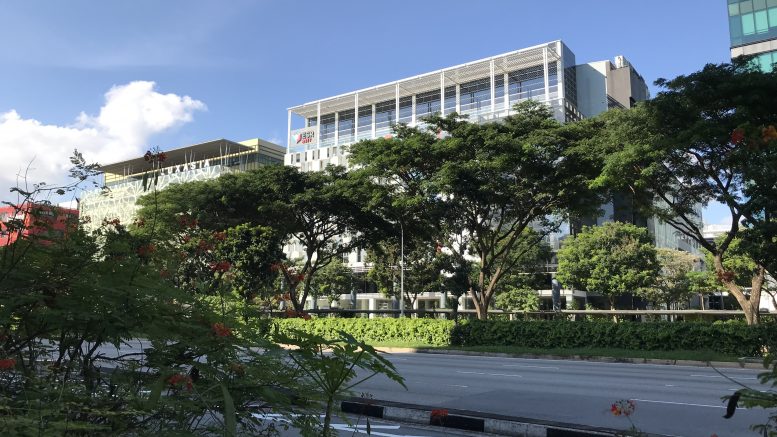 This item was originally published on Sunday, 17 October 2021 at 12:12 a.m. SGT; it has since been updated to include more details.

ESR-REIT’s bid to acquire ARA LOGOS Logistics Trust has at least some analysts saying the offer is disappointing.

“We do not expect ARA LOGOS (ALLT SP) unitholders to be jumping with joy at this offer,” Brian Freitas, an analyst/Insight Provider who publishes on Smartkarma, said in a note Friday.

On Friday, ESR-REIT proposed acquiring ARA LOGOS Logistics Trust, or ALOG, for a total consideration of around S$1.4 billion in cash and shares, in a deal which will create an industrial REIT with around S$5.4 billion in assets across Singapore and Australia.

In addition, Freitas said the deal was unlikely to result in additional passive investments into the combined REIT, which is to be called ESR-LOGOS REIT, or E-LOG.

“The merged entity is not large enough to migrate higher to the MSCI Standard index or the FTSE All-World index, and is still a long way away from being included in the FTSE Straits Times Index (STI),” he said in the note.

ALOG has also been trading at a premium to ESR-REIT, with its forward price-to-earnings ratio at 16.7 times and its price-to-book at 1.26 times, compared with ESR-REIT’s 14.33 times and 1.07 times, respectively, Freitas noted, adding ALOG has been one of the best performers among commercial REITs, while ESR-REIT is at the lower end of the range.

Freitas isn’t alone in his evaluation of the deal.

David Blennerhassett, an analyst/Insight Provider of Quiddity Advisors who publishes on Smartkarma, also pointed to the implied offer price at S$0.8746 a unit for ALOG’s unitholders, a discount to the unit’s last close.

But he still expected the deal would be completed.

“That discount to the undisturbed is less than inspiring. However, the indicative offer price is a six-year high, you’re receiving 90 percent of the consideration in scrip, and the exchange ratio is in line with the 12-month average. That’s probably enough to get it over the line,” Blennerhassett said in a note. “But at this current spread, I’d avoid this deal.”

To be sure, not all attempted takeovers of Singapore REITs are successful.

Sabana REIT had said 66.7 percent of shareholders had backed ESR-REIT’s offer, but that didn’t reach the 75 percent needed to approve the deal, according to a report from Reuters.