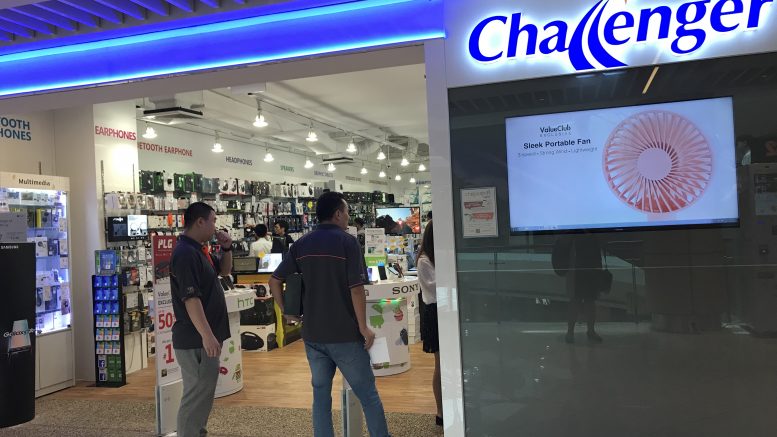 Challenger Technologies has entered a deal to allot 56.55 million new shares, or 14.08 percent of the enlarged capital, to subscriber Digileap Capital, which is wholly owned by Dymon Asia Private Equity (S.E. Asia) II, the electronics retailer said in a filing to SGX Wednesday.

The shares will be issued at S$0.58 each to raise gross proceeds of S$32.8 million, the filing said. The issue price is a 14 percent premium to the volume weighted average price of S$0.50 on Tuesday, the filing said.

After the deal is completed, Digileap Capital will hold a 14.92 percent stake in Challenger, the filing said, noting it currently holds 3.37 million shares.

Dymon Asia Private Equity (S.E. Asia) II, which has commitments of US$450 million, is managed by Dymon Asia Private Equity (Singapore), a Singapore-based fund manager. Digileap Capital is a vehicle set up by Challenger’s controlling shareholders and Dymon Asia for the delisting of the company in 2019, but the delisting did not proceed. The controlling shareholders then sold their stake in Digileap to Dymon Asia.

Challenger said Dymon Asia later approached the company about taking a stake and acting as a strategic investor to work with the company on its growth strategies.

The company said it will use the net proceeds for strategic investments and mergers and acquisitions as well as product and business development and for expanding the business.