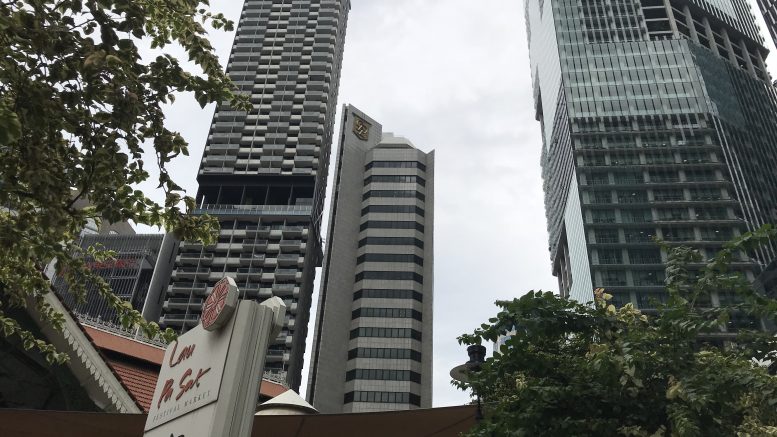 ST Engineering has entered a deal to acquire TransCore Partners and TLP Holdings from a wholly owned subsidiary of U.S.-listed Roper Technologies for US$2.68 billion, or around S$3.62 billion, in cash, the Singapore-listed aerospace and defense contractor said in a filing to SGX Sunday.

Blumont Group has entered a deal to acquire the Natra Bintan, a Tribute Portfolio Resort located within the waterfront resort development Treasure Bay Bintan in Riau Islands Province, Indonesia, as well as nearby land lots for a total of S$78.4 million, the company said in a filing to SGX Friday.

Sydrogen Energy is now 65 percent held by Nanofilm, with the remainder held by Temasek, Nanofilm said in a filing to SGX.

IREIT Global’s manager IREIT Global Group has disposed of 2.19 million units of the REIT to Bond Capital Partners for S$0.6155 each, the manager said in a filing to SGX Friday.

Kopernik Global Investors has become a substantial shareholder of Yoma Strategic Holdings after acquiring 850,000 shares in the market at S$0.127 each, according to a filing to SGX Saturday.

ComfortDelGro’s wholly owned indirect subsidiary Forest Coach Lines has acquired a five-bus school bus business in Narrabri, New South Wales, Australia, from KA & VK Stubbs for around A$2 million, or around S$1.95 million, the land-transport company said in a filing to SGX Friday.

LHN Group has entered a joint venture deal with Way Assets and Lim Hock San for the acquisition of the Tuas South property, the company said in a filing to SGX Sunday.

MS Holdings said Sunday its subsidiary, MS Equipment, has entered a deal to sell a used Liebherr Telescopic Mobile Crane to Tiong Woon Crane & Transport, a subsidiary of Tiong Woon Corp., for S$3.8 million in cash, compared with the around S$6.2 million book value of the equipment as of end-April.

“The equipment has been underutilised in the last couple of years due to stiff competition and oversupply of large cranes in the Singapore market. The board and management having considered the current economic and market conditions, and the likelihood of recovery in terms
of rental rates for larger cranes, have decided to proceed with the proposed disposal,” MS Holdings said in the statement filed to SGX.

After the repayment of the outstanding loan related to the crane, the company will see net cash proceeds of around S$3.4 million, MS Holdings said.

Kimly has completed the acquisition of a 75 percent stake in the Tenderfresh Business, which includes central kitchens, restaurants, kiosks, food stalls and customer relationships, for S$54 million, the Singapore-style coffee shop operator said in a filing to SGX Friday.

Addvalue Technologies said Friday that Industrial Technology Research Institute (ITRI), an applied technology research institute founded in 1973, was the unnamed customer which in April entered a deal with subsidiary Addvalue Solutions for the supply of new IDRS terminal and related airtime services.

The customer’s name was disclosed as Addvalue is no longer constrained by non-disclosure obligations, the company said in a filing to SGX. ITRI is one of the company’s six existing IDRS customers, including Capella Space and Analytical Space, Addvalue said.

The property, a shipping hub at Bukit Timah, has been managed by Cogent Land since 2012 and has been part of its property management business, the company said in a filing to SGX, adding it would explore options for that segment.

CHK 1223 is the fifth well to be completed as an oil producer in Myanmar this year, with completion through casing perforations over 113 feet covering 10 reservoirs for 78 barrels of oil a day, Interra said.

Uni-Asia: Ships and property make for strange, but complementary bedfellows

Grab: Why Our NPLs Are Low