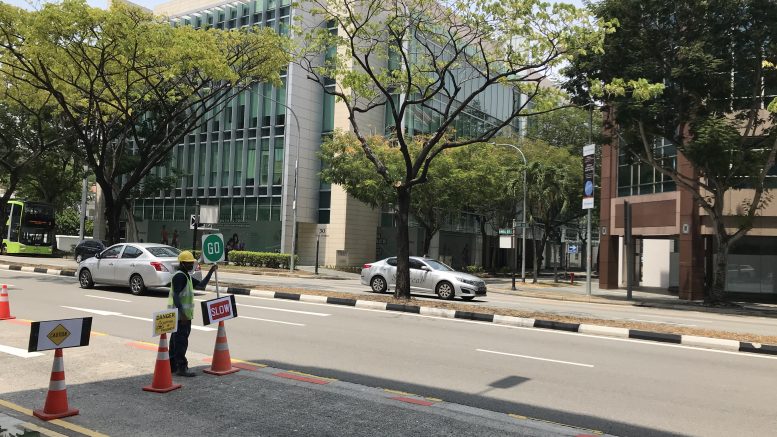 Sembcorp Industries has priced S$675 million in sustainability-linked bonds (SLB) due 2032 at 2.66 percent, the group’s first SLB issuance, with the International Finance Corp. (IFC) subscribing for S$150 million of the notes as an anchor investor, the company said in a filing to SGX Wednesday.

The SLB offering is the first for Southeast Asia’s energy sector, and it marks the region’s largest SLB so far, the filing said.

In addition, the IFC said it was its first investment in an SLB globally.

“The partnership between Sembcorp and IFC [is] set to support more inclusive economic growth and private sector participation, while fostering sustainable business practices and significant employment opportunities,” the IFC and Sembcorp said in a separate statement.

The offering was “strongly supported” by high-quality institutional investors, the statement said.

“Sustainability is Sembcorp’s business, and we are fully committed to transforming our portfolio from brown to green,” said Wong Kim Yin, group president and CEO of Sembcorp Industries, in the statement. “The issuance of our inaugural SLB underscores this commitment. We are heartened that IFC has chosen our issuance to be its first investment in a SLB globally. Their support validates our strategy and spurs us on in
our drive toward supporting the global energy transition and a low-carbon economy.”

The notes have a sustainability-linked feature, with the interest rate stepping up by 0.25 percentage point on or after 1 April 2026 if the sustainability performance target isn’t reached, the filing said.

The sustainability performance target for the notes is for Sembcorp to lower its greenhouse gas (GHG) emissions intensity to 0.4 tonnes of carbon dioxide equivalent per megawatt hour (tCO2e/MWh) or lower by end-2025, the filing said.

The proceeds of the notes will be used to finance general working capital requirements, refinance existing debt and/or finance or refinance renewable energy or other sustainable projects, Sembcorp said.

The issue date is set for 6 October, while the maturity date is 6 April 2032, Sembcorp said.

The coupon dates will be 6 April and 6 October, with the first payment on 6 April 2022, the filing said.

The notes will be issued as series 002 under Sembcorp Industries’ S$3 billion multicurrency debt issuance program.

DBS Bank and UOB are the joint lead managers and bookrunners for the notes, the filing said.

Jiutian Chemical: Board believes group can continue as going concern