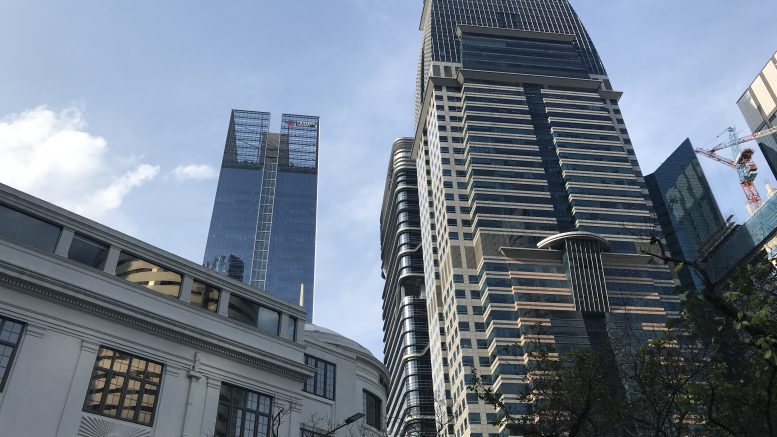 This item was originally published on Friday, 24 September 2021 at 12:47 a.m. SGT; it has since been updated to include SIA Engineering, IREIT Global, Nanofilm and Temasek.

Ko Kai Kwun Miguel @ Ko Miguel, chairman of CapitaLand Investment, increased his holding in the company, acquiring 600,000 shares for S$3.4279 each in a market transaction, taking his direct interest to 0.025 percent from 0.014 percent, according to a filing to SGX Thursday.

SIA Engineering has signed a deal with Hawaiian Airlines to expand its airframe maintenance services for the carrier’s Airbus A330-200 fleet, the Singapore-listed company said in a filing to SGX Friday.

IREIT Global has entered a deal to acquire the Parc Cugat office building in Barcelona, Spain, from Madrid-listed Inmobiliaria Colonial, SOCIMI, S.A. for 27.2 million euro, or around S$43.1 million, the REIT said in a filing to SGX Friday.

UBS Group AG became a substantial shareholder of Cromwell European REIT as its deemed interest climbed over the 5 percent threshold after an increase of 1.465 million units due to collateral delivered, according to a filing to SGX Thursday.

Oxley Holdings said Thursday it has priced S$85 million 6.9 percent notes due 2024 in its series 004 tranche 2, which will mature on 8 July 2024. The notes are expected to be issued on 30 September, Oxley said in a filing to SGX.

The net proceeds will be used for financing the purchase of the outstanding S$150 million 5.70 percent notes due 2022, and for general corporate purposes, including the refinancing of borrowings and working capital and capital expenditure requirements, the filing said.

The notes will be combined in a single series with the existing S$70 million 6.90 percent notes due 2024 in series 004 tranche 1 under the US$1 billion guaranteed euro medium term note program, the filing said.

Oxley Holdings said Thursday its invitation to buy back part of its S$150 million 5.70 percent series 002 notes due 2022 received valid acceptances of S$49.75 million, which will be settled on or around 30 September.

Following the cancellation of the final accepted notes, the aggregate principal amount outstanding will be S$100.25 million, Oxley said in a filing to SGX.

Darco Water Technologies has issued a notice of rejection to Wang Zhi over the Gaoyi Project, and it will not be proceeding with the proposed acquisition, the company said in a filing to SGX Thursday.

Roswell Assets become a substantial investor in Hwa Hong Corp., acquiring 40 million shares for S$14.8 million in an off-market transaction, for an initial stake in the company of 6.128 percent, Seow Voon Ping, a director of Roswell Assets, said in a filing to SGX Thursday.

Hwa Hong is a property investor with commercial, residential and retail properties in the United Kingdom, and industrial, commercial and healthcare assets in Singapore.

GS Holdings has signed a franchise agreement with Singapore food and beverage entrepreneurs Tan Yan Shan and Lim Yee Min to develop and operate chicken rice outlets in Qatar under the Sing Swee Kee brand name, the company said in a filing to SGX Thursday.

LHN Group’s wholly owned subsidiary Coliwoo Holdings and Four Star have established a joint venture, which will be held 40:60 respectively, to acquire the properties located at 471-473 Balestier Road in Singapore, the company said in a filing to SGX Thursday. The property at 471-473 Balestier Road, which is currently a hotel, is intended to be acquired to operate a co-living hotel, the filing said.

The joint venture has entered an option to purchase 471-473 Balestier Road for S$15 million, the filing said.

Chang Wei Lu, CEO of Mercurius Capital Investment, acquired around 2.98 million shares in the company in a market transaction for around S$250,060, according to a filing to SGX Thursday.

The transaction increased Chang’s stake to 25.16 percent from 24.93 percent previously, the filing said.

MDSA Resources, as the issuer for Hatten Land, will be issuing new notes of 13.35 million ringgit with a maturity date of 26 September 2022 and a coupon rate of 7.0 percent, the company said in a filing to SGX Thursday. The proceeds will be used to repay maturing outstanding notes under the medium-term note program, the filing said.

First Ship Lease Trust said Thursday it accepted an offer of financing from a reputable Taiwanese financial institution to finance the newly acquired vessel Pelican Fisher, formerly known as Anuket Amber, for a US$3.95 million loan with a maturity of seven years from the drawdown.

Geo Energy Resources said Thursday it has issued 650,000 new shares related to the grant of options in 2019, with the new shares set to begin trading on 27 September.

Alexander Shlaen, an independent director at SinoCloud Group, sold 883,200 shares in the market for S$883.20, taking his stake to 0.398 percent from 0.404 percent previously, according to a filing to SGX Thursday.

Shlaen did not immediately return Shenton Wire’s request for comment, which was sent outside office hours.

SinoCloud Group, formerly known as Armarda Group, provides IT and internet data center services; the company holds an around 60 percent effective stake in Guiyang Zhongdian Gaoxin Digital Technologies, a data center in Guizhou province, China, with a hosting capacity of up to 5,000 racks. The remainder of the data center is held by Guiyang Gaoxin Big Data Fund.

Forex trends: US dollar tumbles in wake of dovish comments from Fed