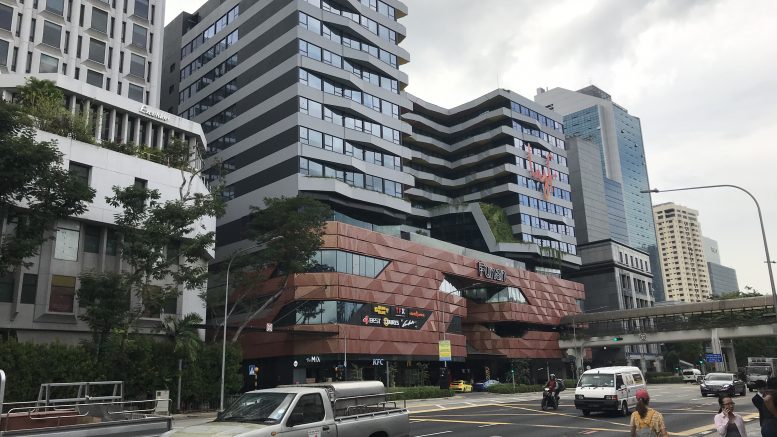 This item was originally published on Tuesday, 21 September 2021 at 23:18 SGT; the item on Oxley Holdings has since been updated and StarHub and an additional item on Sembcorp Marine (SembMarine) were added.

Temasek Holdings’ indirect wholly owned subsidiary Startree Investments has made a mandatory general offer (MGO) to acquire all of Sembcorp Marine’s shares it doesn’t already own for S$0.08 each in cash, Singapore’s state-owned investment company said Wednesday in an offer filed to SGX.

Ko Kai Kwun Miguel @ Ko Miguel, chairman of CapitaLand Investment, acquired 700,000 shares in the newly listed company at S$2.9349 each in a market transaction Monday, according to an SGX filing Tuesday.

Prior to the acquisition, Ko held 3,679 shares in CLI, the filing said.

StarHub will acquire a 50.1 percent stake in MyRepublic’s broadband business for up to S$162.8 million, in a move by StarHub to participate in its target’s regional growth and by MyRepublic to boost its IPO outlook, the Singapore telecoms said in a filing to SGX Wednesday.

Read more: StarHub to acquire 50.1 percent stake in MyRepublic’s Broadband business for up to S$162.8M

BlackRock has become a substantial shareholder in Cromwell European REIT, with its stake rising above the 5 percent threshold after acquiring 382,400 shares in the REIT for S$1.0 million in a market transaction, the New York-listed institutional asset manager said in a filing to SGX Tuesday.

BlackRock’s direct stake in the REIT has increased to 5.03 percent from 4.96 percent previously, the filing said. Temasek Holdings had an around 4 percent stake in BlackRock as of end-March 2021, according to the Singapore state-owned investment company’s annual report.

Oxley Holdings has completed the divestment of land parcels at 173-177 Walker Street, North Sydney, Australia, for gross proceeds of around S$96.3 million, the Singapore-listed property developer said in a filing to SGX late Tuesday.

Lendlease Global Commercial REIT said Tuesday it has completed the acquisition of 36,926 shares in Lendlease Asian Retail Investment Fund 3 (ARIF3), or an 8.2 percent stake, from a third-party seller for a total of S$73.4 million, including other costs, such as acquisition fee and professional expenses.

Suntec REIT’s managers said Tuesday the divestment of a portfolio of office strata units at Suntec Towers One and Two to two purchasers has been completed and S$197 million in consideration has been received.

The purchasers are unrelated to the REIT but are wholly owned by the same parent, Suntec REIT said in a filing to SGX.

“The proposed acquisition presents a good opportunity for the company to expand its business into the Chinese wastewater treatment market,” Metech said, adding the deal would let it “tap on the existing customers of BWCL to increase the company’s customer base and gain a foothold in the Chinese market.”

Asian Micro Holdings said Tuesday it entered a deal to acquire 40 percent of Philippines-based Asian Micro Realty Development from three individuals for S$2.4 million in new shares to be issued at S$0.006 each, representing 20.4 percent of the enlarged share capital.

Asian Micro Realty Development develops and leases real estate and currently owns three parcels of land with three warehouses, two of which are leased out at an aggregate monthly rental of US$29,300, Asian Micro Holdings said in a filing to SGX.

Nera Telecommunications said Tuesday the arbitration tribunal hearing its contractual dispute with Canada-based Sandvine Corp. has ordered the Singapore-listed company to pay costs to Sandvine of around S$1.03 million.

The costs will be accounted for in NeraTel’s results for 2021 and will have a material impact, the company said.

The dispute was over US$3.8 million for equipment and services Sandvine provided to the company, NeraTel said in a filing to SGX.

“As the company rebuilds and restructures in preparation for growth, it intends to diversify into the hospitality and wellness business with a focus on Singapore, Malaysia and Indonesia, as it believes these industries will show strong recovery in the post-pandemic economy,” Blumont said in a filing to SGX. “The proposed change of name represents the company’s vision of owning and operating establishments in the hospitality and wellness industries in the aforesaid jurisdictions.”