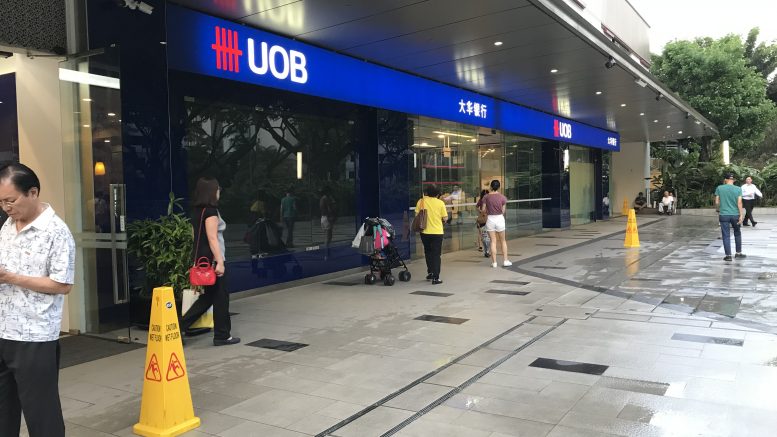 This item was originally published on Wednesday, 15 September 2021, at 1:14 a.m. SGT; it has since been updated to include UOB, Cromwell European REIT and Roxy-Pacific Holdings.

UOB has priced 850 million British pound floating rate covered bonds due 2026, in what may be the first issuance in Singapore to price Sterling Overnight Interest Rate Average (SONIA) benchmark notes, the bank said in a filing to SGX early Wednesday.

Chen Huaidan @ Celine Tang’s stake in Suntec REIT fell to 5.7 percent from 8.4 percent previously after she was no longer considered to have an interest in 75.83 million units of the REIT due to her ceasing to be a party on joint accounts, according to a filing to SGX Tuesday.

Ooi has more than 35 years of experience in the real estate sector, and has been deputy chair and non-independent non-executive director at ESR-REIT, Cromwell European REIT said in a filing to SGX.

Wilde, age 52, who is acting CEO of Cromwell Property Group, will resume his role as chief financial officer at the REIT’s sponsor, effective 5 October, the filing said.

King Wan Corp. and Evercomm Singapore have entered a joint venture, to be called King Wan Eco Solutions (KWES) to offer services in upgrading and retrofitting buildings for better sustainability, the Singapore-listed company said in a filing to SGX.

Spackman Entertainment Group has entered a deal to sell Zip Cinema Co., also known as Zip Korea, to Kakao Entertainment, a subsidiary of South Korean internet company Kakao Corp., for around 18.0 billion South Korean won, or around S$19.80 million, in cash, the Singapore-listed maker of South Korean dramas said in a filing to SGX Tuesday.

Grand Venture Technology said Tuesday it has completed its proposed placement, with 25 million new shares issued to placees, while 10 million shares previously held by Metalbank Singapore have been sold.

Roxy-Pacific Holdings requested a trading halt on its shares Wednesday, pending an announcement.

In response to a query from SGX, Memiontec Holdings said Tuesday it was not aware of any information  — whether or not it was previously announced — which could account for the sharp increase in its share price.

Alpha DX said Tuesday it has completed the acquisition of DiDi Academy, which plans to provide academic and training programs in the Japanese market.

In addition, DiDi Academy will receive fees of at least US$1.56 million over a five-year period to provide representation and campuses in Japan for universities in Uzbekistan and to develop tie-ups between universities in Japan and Uzbekistan for joint programs and student-exchange programs, Alpha DX said in a filing to SGX.

Raffles Infrastructure Holdings said Tuesday Integrated Heath Ventures, which had agreed in June to subscribe to 8 million new shares in the company, had informed the company its sole owner, Anand Thyagarajan, had faced administrative issues in remitting monies from India to fund the subscription.

In July, Anand Thyagarajan gave a notice of termination, even though Integrated Heath Ventures, via its authorised representative, had been in negotiations with the company and in August, formally asked for a two-week extension, the company said in a filing to SGX.

Raffles Infrastructure said it didn’t respond to the requested extension and it hasn’t heard from the subscribe despite various communications, and so it has decided to accept the notice of termination and reserve its rights in the matter.

Read Raffles Infrastructure’s statement on the termination of the proposed subscription.

“Due to the Covid-19 pandemic, the company realized that it needs to preserve the capital it has and would likely not be successful in sourcing for funding to pay its proportion of costs required for any projects entered into by the JV company. Therefore, as a measure of prudence, the company decided to dispose its entire shareholding,” the company said in a filing to SGX.

Raffles Infrastructure added there are no outstanding loans or amounts due to the company from the joint venture.

Low Keng Huat reported Tuesday its net profit for the six months ended 31 July dropped 52 percent on-year to S$25.07 million on revenue of S$88.94 million, up from S$22.86 million in the year-ago period.

Cost of sales for the period climbed to S$77.92 million from S$16.59 million in the year-ago period, mainly on higher sales at the Uptown @ Farrer project, Low Keng Huat said in a filing to SGX.

Mercurius Capital Investment said Tuesday it was served with a write of summons by Dennis Ng Kok Kee, who claims that following the completion of a joint venture between the company with Apex Development and Grand Bay Hotel, he was not paid 10 million new shares in the company, issued at S$0.04 each, in lieu of a cash commission payment of S$400,000.

“The company is in consultation with its advisers, including its auditors, to assess the potential financial impact to the group arising from the claim. The company intends to defend the claim rigorously and is taking legal advice,” Mercurius Capital said in a filing to SGX.

“The group has sufficient cashflow to settle the aggregate amount,” Abundance said.

The company said it made provisions of around US$487,000 in financial statements for the period ended 30 June in relation to the amount potentially payable to the supplier under the arbitration. In addition, the company had previously paid around US$185,000 to the supplier in July to settle a dispute over a different shipment, the filing said.

HS Optimus Holdings, formerly known as KLW Holdings, said Tuesday its Malaysian operations have reached an 80 percent rate of fully vaccinated employees and have been given approval by the Ministry of International Trade and Industry (MITI) to resume operations at full capacity, effective Tuesday.