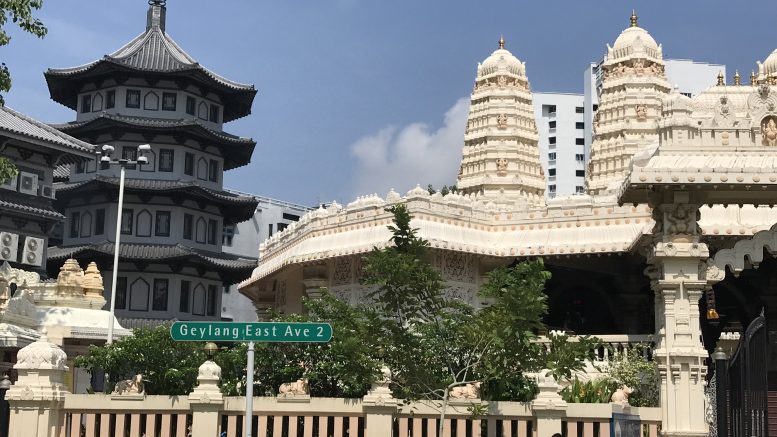 CDL Hospitality Trusts has entered a land-purchase and development-funding deal to invest in a residential build-to-rent project in Manchester, U.K., for 73.3 million British pounds, or around S$136 million, marking its first foray into an adjacent lodging segment.

Olam International has secured three committed loan facilities for a total of US$5.2 billion, the Singapore-listed agribusiness said in a filing to SGX Tuesday.

Lim, age 61, will relinquish the role of chief commercial officer on 1 September, and will remain chief operating officer and a member of the group executive committee until his retirement on 30 October, ST Engineering said in a filing to SGX.

Millennium & Copthorne Hotels New Zealand, a New Zealand-listed subsidiary of City Developments, said Tuesday all of its owned and operated hotels in the country, except for the ones operating as managed isolation facilities, are currently closed and have been since the start of the Level 4 lockdown.

The changed alert levels for areas south of Auckland and Northland, effective this week, won’t allow hotels outside those areas to reopen, with the exception of very limited essential services, the company said in a statement filed to SGX.

Cancellations have exceeded 9,000 nights across all of the properties, with the current estimated revenue lost to affect profitability of the hotel operations, Millennium & Copthorne Hotels NZ said.

First REIT said Tuesday it has completed the divestment of the property called Sarang Hospital and all of the shares of Kalmore (Korea).

Ascendas Funds Management (S), the manager of Ascendas REIT, has appointed Ong Lee Keang Maureen, age 67, as non-executive independent director and a member of the audit and risk committee, effective 1 September, according to a filing to SGX Tuesday.

Ong was an advisor to The Straits Trading Co. for 2012-13 and from 2009-2012, she was group chief financial officer and company secretary for that company, the filing said, adding she is currently with Singapore LNG Corp.

Uni-Asia Group’s subsidiary Uni-Asia Investment, along with Shinsei Bank Group’s Showa Leasing and Japan Asia Investment have made a Tokumei Kumiai (TK), or silent partner, investment in Godo Kaisha GH Property, a fund set up to invest in developing and operating group homes for people with disabilities in Japan.

Marathon Asset Management has ceased to be a substantial shareholder of Delfi after disposing of 1.53 million shares at S$0.8101 each in a market transaction this week, according to a filing to SGX Tuesday.

The stake held by Marathon Asset Management, a global investment manager focusing on fixed income and credit, fell to 4.89 percent from 5.14 percent previously, the filing said.