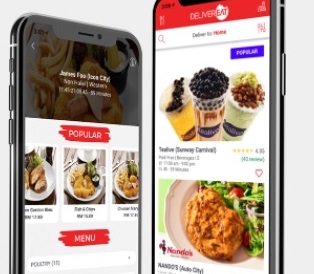 Teleport, AirAsia Digital’s logistics unit, has entered a deal to acquire local Malaysia-based online food delivery player Delivereat for US$9.8 million in cash and Teleport shares, AirAsia said in a press release Wednesday, marking another stepping stone in the budget carrier’s efforts to expand beyond air travel into super-app territory.

The deal values Teleport at US$300 million and brings on board prominent investors, including venture capital firm Gobi Partners, the statement said. In 2017, Gobi’s ASEAN Superseed Fund, which is a collaboration with Malaysia Venture Capital Management, led a 2 million ringgit investment in Penang-based Delivereat, according to Crunchbase data.

The super app is a largely Asian phenomenon of offering a single app to access a variety of bundled services – such as Grab’s app, which offers ride-hailing, food and package delivery and some financial services. Grab has also received a digital banking license in Singapore.

The deal “strengthens airasia digital’s plan to cover the end-to-end logistics chain, from first mile to last mile deliveries, providing a complete digital ecosystem,” Fernandes said in the statement Wednesday. “This acquisition comes at an opportune time, as we launched airasia food in Penang in April this year, where Delivereat was conceived. With Delivereat joining forces with Teleport, we will be able to drive further growth of fast and affordable delivery transportation options within our key markets as e-commerce continues to surge.”

Pete Chareonwongsak, CEO of Teleport, said his division is betting on the future of e-commerce logistics in Southeast Asia, with the company targeting an ability to deliver door-to-door within 24 hours in the region.

“We are the only last mile delivery provider that owns an airline. That’s why we are investing to bring an ecosystem of delivery capabilities together so we can efficiently pair on-demand deliveries with same-day courier arrivals, both domestically and cross borders,” Chareonwongsak said in the statement.

The married founders of Delivereat, Leong Shir Mein and Tan Suan Sear, will join the management team at Teleport and airasia digital, the statement said.