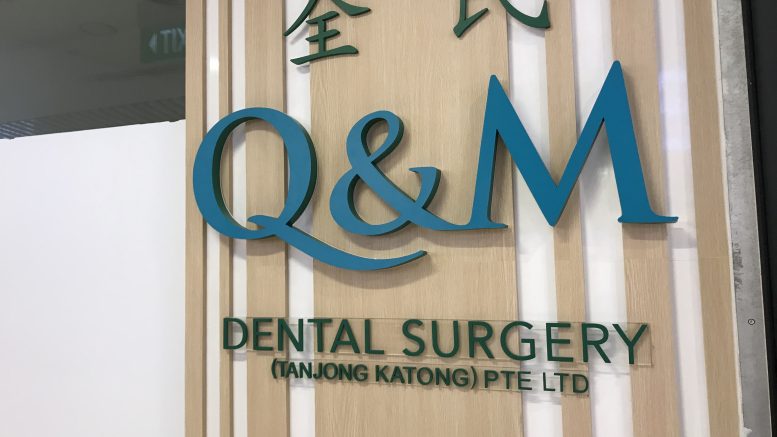 This item was originally published on Monday, 16 August 2021 at 9:01 a.m. SGT; it has since been updated with more details.

Aoxin Q&M Dental plans to acquire a 49 percent stake in diagnostic testing company Acumen Diagnostics for S$29.4 million in an all-share deal, the dental office operator said in a filing to SGX Monday.

Q&M Dental group holds the other 51 percent of Acumen Diagnostics; Aoxin Q&M, which focuses on providing dental services in mainland China, was spun off from Q&M Dental in 2017. Q&M currently holds around 43.9 percent of Aoxin Q&M.

The consideration will be paid via the issuance of new Aoxin Q&M shares at S$0.231 each, marking a premium of 37.5 percent to the volume weighted average price of S$0.168 for trades on SGX on Friday, the filing said. A back of the envelope calculation suggests 127.27 million new shares will be issued; the company has 381.58 million shares currently outstanding, according to SGX data.

Acumen Diagnostics has a preliminary valuation of S$60 million, based on its latest financial statements and future prospects, Aoxin Q&M said, adding an independent adviser will be consulted to assess that figure during the due diligence stage.

Aoxin Q&M said the deal would tap into the Singapore government’s plan for “living with Covid” as the virus becomes endemic.

“With the integration of the target business and the company, the board is of the opinion that the target will be able to capture a significant portion of the testing capacity market, in conducting frequent and widespread testing, in support of Singapore’s national strategy. It would also allow the company to enter the medical diagnostics business in Singapore,” Aoxin Q&M said.

In addition to profit sharing from the joint venture holding Acumen Diagnostics, Aoxin Q&M will benefit from potential operational and cost synergies, the company said.

Aoxin Q&M said it plans to put the proposed acquisition up for a shareholder vote as it marks the company’s first foray outside its core business into medical diagnostics. In addition, the proposed deal would result in Ong Siew Hwa becoming a new controlling shareholder,  making it an interested person transaction, the filing said.