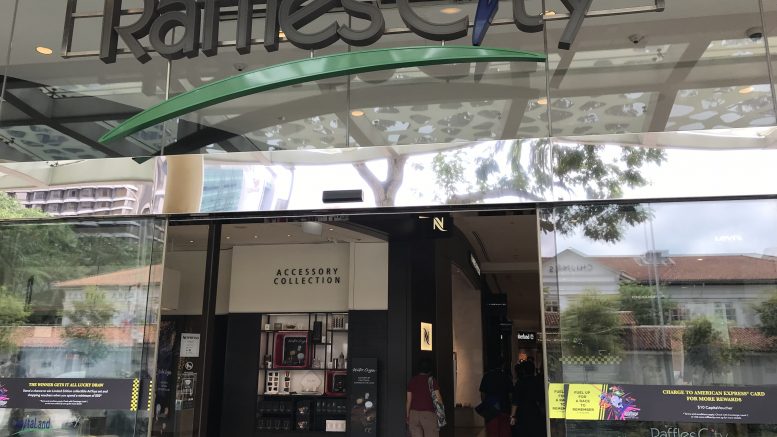 CapitaLand reported Friday its first half net profit surged 9.5 times on-year to S$922.15 million, driven by the nascent economic recovery in its two core markets, Singapore and China, which accounted for 77 percent of revenue.

Genting Singapore reported Thursday it swung to a first half net profit of S$88.22 million from a year-ago net loss of S$116.68 million after operations at Resorts World Sentosa were largely shuttered for the Circuit Breaker period in 2020 to stem the spread of the Covid-19 virus.

Olam International said Friday it will seek a primary listing on the London Stock Exchange for its operating group Olam Food Ingredients, while concurrently seeking a listing in Singapore, in the first half of 2022.

UOL reported Thursday its first half swung to a net profit of S$91.34 million from a year-earlier loss of S$82.14 million on higher revenue from property development and lower fair value losses.

Keppel DC REIT priced its private placement at S$2.522 a unit, the top of its S$2.47 to S$2.522 indicative range as the offering was around 3.7 times subscribed, the data center-focused REIT said late Thursday.

Revenue for the January-to-June period increased 6.2 percent on-year to S640.82 million, the rail and bus operator said in a filing to SGX.

Golden Agri-Resources reported Friday it swung to a first half net profit of US$153 million from a year-ago net loss of US$157 million on a recovery in palm product output and sustained strong crude palm oil (CPO) market prices.

Revenue for the January-to-June period increased 31 percent on-year to US$4.45 billion, the palm oil player said in a filing to SGX.

“Global vegetable oil supply has been very tight because of weather uncertainties in some producing countries. Particularly for palm oil, production recovery is also weaker than expected primarily due to the foreign labour shortage in Malaysia. These conditions are expected to remain until late 2021,” Franky O. Widjaja, Golden Agri’s chairman and CEO, said in the statement.

Banyan Tree reported Friday its first half net loss narrowed slightly to S$42.60 million, compared with a S$49.15 million net loss in the year-ago period as the hotel investments segment continued to see depressed occupancy due to international travel restrictions, predominantly in Asia.

Revenue for the January-to-June period fell 25 percent on-year to S$53.47 million on the closure of Thailand’s border to international travel since the second quarter of 2020, the resort operator said in a filing to SGX.

United Hampshire US REIT reported Thursday its first half net property income came in at US$20.47 million, 0.5 percent below the forecast from its initial public offering (IPO) prospectus.

The BID program is aimed at supporting efforts to create vibrant districts and attractive public spaces in Singapore, the filing said, noting the Paya Lebar Central Partnership is the first one formed outside the city center. The effort will focus on three themes: sustainability, including landscaped green spaces; health and wellness events; and cultural exchanges in an era which includes Katong, Joo Chiat and Geylang Serai, the filing said.

The stakeholders did not immediately return Shenton Wire’s emailed request for comment on whether the potential Simsville en bloc sale would be incorporated into the group’s plans.

ValueMax reported first half net profit increased 44.4 percent on-year to S$18.41 million as revenue from the retail and trading of pre-owned jewellery and gold buisness and moneylending business increased, partly offset by a decline in pawnbroking revenue.

Revenue for the January-to-June period grew 38.5 percent on-year to S$131.65 million, the pawnbroker said in a filing to SGX.

Isetan Singapore reported Friday its first half swung to a net profit of S$1.25 million from a year-ago loss of S$317,000, mainly on stores being able to operate for the full six months after the year-earlier closure for the 7 April to 18 June Circuit Breaker period to stem the spread of the Covid-19 virus.

Revenue for the January-to-June period increased 44 percent on-year to S$31.14 million, partly on a year-earlier mandated school fee reduction, the preschool operator said in a filing to SGX.

MindChamps said it was expanding and upgrading existing centers in Toa Payoh and Woodlands to accommodate 75 percent more students.

Y Ventures said Thursday it entered a deal to acquire 50.01 percent of the enlarged share capital of collectible toy developer and marketplace platform Toyrrential from the company and its shareholders Tey Beng Huan and Evolve Capital Management for S$250,000.

Read more about the deal.

SunMoon Food said Thursday its independent auditor has expressed material uncertainty related to whether the company can remain a going concern. However, the company will have sufficient net positive cash flow to satisfy working capital requirements and meet obligations, SunMoon said, adding it is also seeking ways to raise funds, including a potential placement shares issuance.

The financial statements for the fiscal year will be released soon, the company said in a filing to SGX.