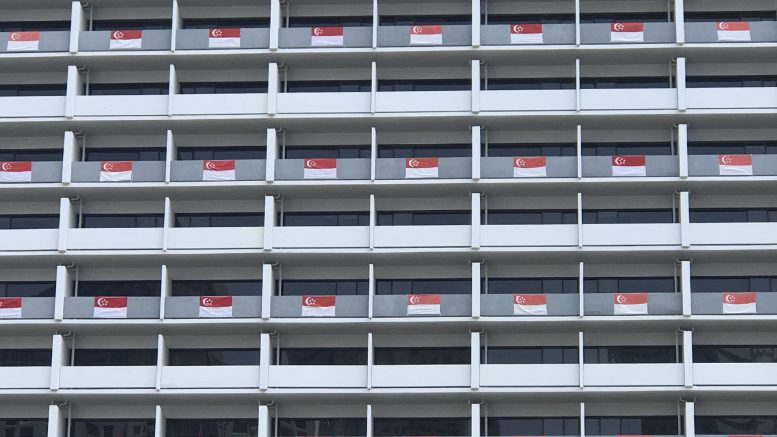 This item was originally published on Monday, 9 August 2021 at 10:45 a.m. SGT; it has since been updated to include ESR REIT, Dasin Retail Trust, Lendlease Global Commercial REIT, IREIT Global and EC World REIT.

Singapore’s market was closed on Monday, 9 August 2021 for the National Day holiday.

City Developments warned Friday it expected to report a potential net loss of up to S$35 million for the first half, swinging from a year-ago net profit of S$3.1 million as the Covid-19 pandemic continued to weigh on results.

Frasers Property has S$1.8 billion in pre-sold revenue for its residential developments across Singapore, Australia, China and Thailand, and the company is actively managing developments’ timeline amid challenging operating conditions, the property developer said Friday in its fiscal nine-month business update filed to SGX.

The company’s hospitality assets with a long-stay base have continued to show resilience, with recovery plans being developed amid an evolving Covid-19 pandemic situation, Frasers Property said.

ESR REIT said Tuesday it has launched a preferential offering of around 124.1 million new units to raise around S$50 million. Unitholders who wish to accept their allotments and apply for excess units will need to do so by 18 August, ESR REIT said in a filing to SGX.

That increased Temasek’s deemed interest in Ascendas REIT to 21 percent, or 881.26 million units, the filing said, noting Temasek doesn’t hold any of the units directly.

Centurion Corp. warned Friday its first half net profit likely tumbled around 58 percent on-year from the S$21 million reported in the year-ago period due to the impact of the Covid-19 pandemic on its accommodation assets.

Singapore Post’s wholly owned subsidiary SingPost Investments created an associated company called Paya Lebar Central Partnership (PLCPL) with two other entities: Milano Central, which is one of the joint developers of Paya Lebar Quarter, and with Paya Lebar Square, which is a subsidiary of Singapore-listed builder Low Keng Huat (Singapore).

Each party will have a one-third stake in PLCPL, which was incorporated under the Urban Redevelopment Authority’s program to rejuvenate the Paya Lebar Central Precinct area, SingPost said in a filing to SGX Friday.

IREIT Global said Friday it entered a deal to divest a multi-storey car park on the Darmstadt Campus in Frankfurt, Germany, to Parkhaus DA GmbH for 9.5 million euros, or around S$15.2 million in cash.

BNP Paribas Real Estate Consult GmbH had valued the property at 8.6 million euros at end-June, putting the deal at 10.5 percent above valuation, IREIT Global said in a filing to SGX.

In a separate filing, IREIT Global said its units will begin trading in both euros and Singapore dollars on SGX, effective 17 August; previously, the units only traded in Singapore dollars.

Aqua Wealth Holdings has disposed of 108,000 units of Dasin Retail Trust for S$52,280 after CGS-CIMB Securities (Singapore), which held the units under a share pledge arrangement for share margin financing facilities, exercised its margin call on the units over 3-5 August, according to a filing to SGX Saturday.

Aqua Wealth Holdings, which is part of the Zhang Family Settlement trust, remains a substantial shareholder of the trust, with a deemed 53.45 percent stake, or 418.03 million units, the filing said. Zhang Zhencheng, the settler of the family trust and the sole member of the trust’s investment committee, holds 99 percent of Dasin Retail Trust Management, the filing said.

Eu, age 39, will be responsible for the overall management of the group and will continue to work with Lim Wee Sin, group CEO of UOL, Singapore Land’s holding company, the filing said. He is related to Singapore Land directors and substantial shareholder, as Chairman Wee Cho Yaw is his grandfather and Director Wee Ee Lim is his uncle, the filing said.