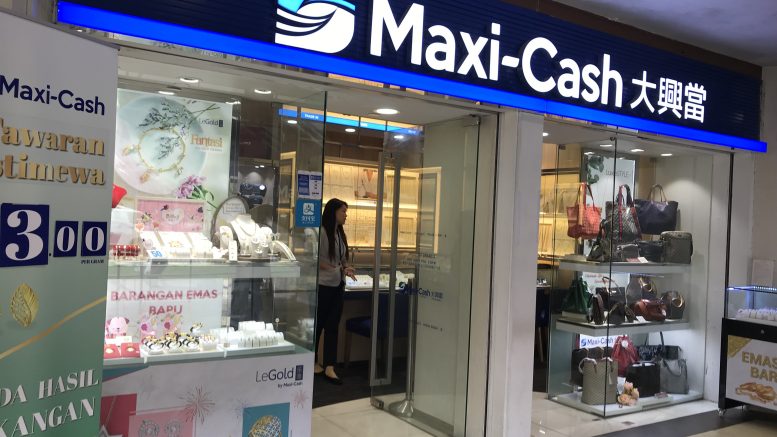 Revenue for the January-to-June period increased 9 percent on-year to S$111.63 million, mainly on higher revenue from sales of jewellery and branded merchandise and higher interest income from the pawnbroking business, both locally and regionally, the company said in a filing to SGX.

Money-lending revenue came in at S$912,000 for the first half, dwon from S$1.54 million in the year-ago period, Maxi-Cash said.

Retail and trading of jewellery and branded merchandise posted first half revenue of S$88.04 million, compared with S$79.54 million in the year-ago period.

The pawnbroking business posted revenue of S$42.61 million for the first half, compared with S$43.57 million in the year-ago period, with the decline due to lower intersegment sales, which are mainly the sales of unredeemed pledges, as lower gold prices dented margins.

The company had a cautious outlook.

“The resurgence of the coronavirus pandemic may dampen the pace of global economic recovery and continue to affect business and consumer sentiments in the countries we operate. Nevertheless, we expect the Singapore market to be fairly stable as local vaccination rate increases,” Maxi-Cash said in the statement.