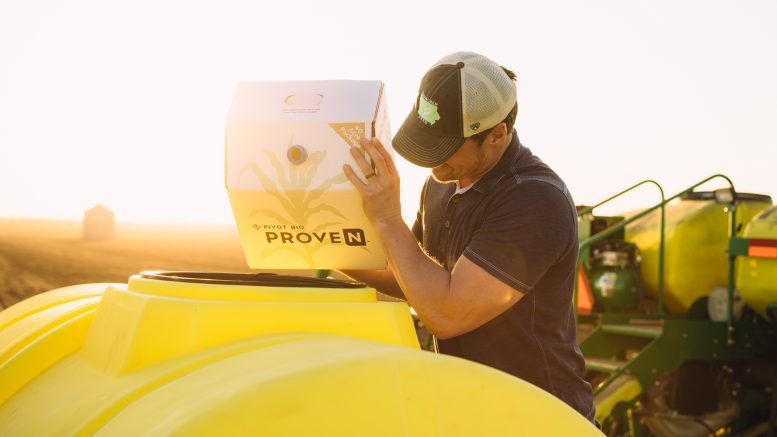 The round brought the total raised by Pivot Bio to more than US$600 million, the statement said.

“Pivot Bio exemplifies the power of DeepTech solutions to create equitable and profitable outcomes for all stakeholders in immense industries like agriculture,” said Matt Ocko, co-managing partner of DCVC, in the statement. “Farmers are able to grow more crops to feed more people, more cost-effectively, while being even better stewards of their land and water. Societies benefit from both more abundant food and more climate-resilient and sustainable agriculture. Pivot Bio has delivered the kind of win-win-win breakthrough DCVC is honored to back, and on which we are focused as a firm.”

The funding is earmarked to accelerate the release of the company’s products, which aim to replace synthetic nitrogen fertilizer as that contributes around 7 percent of global greenhouse gas emissions, depletes soils and harms water supplies and fisheries, Pivot Bio said.

The company said it has replaced synthetic nitrogen on more than a million crop acres this year alone, for more than 300 percent on-year growth.

Pivot Bio PROVEN 40, the company’s fourth commercial product in three years, lets farmers replace up to 40 pounds per acre of synthetic nitrogen, nearly double the first product, and it eliminates the machinery and labor needed for synthetic nitrogen, the statement said.