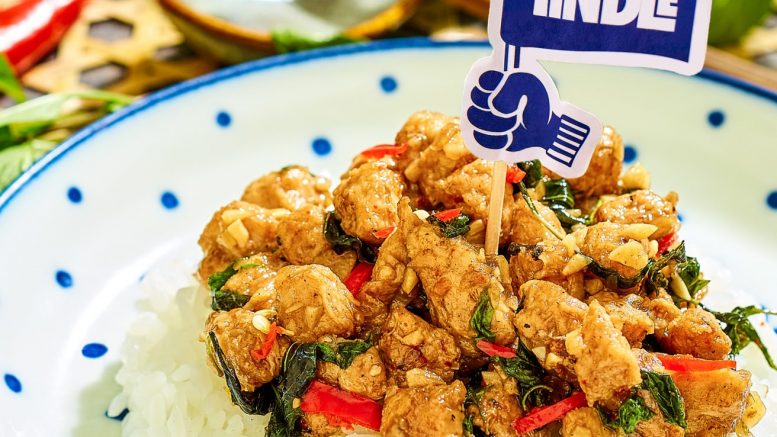 Temasek-backed Next Gen Foods, maker of the plant-based chicken brand TiNDLE, raised an additional US$20 million in a seed-round extension, bringing the round’s total to US$30 million, the company said in a press release Tuesday.

The funds are ear-marked to launch the TiNDLE brand in the U.S. as well as on efforts to expand in Asia Pacific and the Middle East, the statement said. The company plans to add research and development in both the U.S. and Singapore, and to diversify its products.

“The United States is the world’s biggest market for plant-based foods. We are already putting our foundations in place to be in-market within the next 12 months as we accelerate our goal of becoming the world’s number one plant-based chicken,” Andre Menezes, co-founder and CEO of Next Gen Foods, said in the statement.

Jenny Lee, a managing partner at GGV Capital, noted the company has already successfully launched a product in the European market.

“By leveraging technology to create delicious plant-based foods, NextGen has a unique global opportunity to popularize non-animal food products and let consumers know that great flavour can go hand-in-hand with both great nutrition and sustainability,” she said in the statement.

TiNDLE was first launched in Singapore earlier this year, and it’s sold in more than 70 restaurants across Singapore, Hong Kong and Macau, the statement said.

Next Gen Foods raised a US$2.2 million seed round in October 2020, followed by US$10 million in additional funding in February 2021, according to Crunchbase data. Other investors included Youcef Oudjidane, NX Food and FEBE Ventures, the data show.

In its annual report released Tuesday, Temasek highlighted its efforts to improve sustainability both in its investments and via its investments, noting it has increased exposure to companies producing alternative and plant-based proteins. Those investments have included Calysta, Impossible Foods and Perfect Day as well as Califia Farms and Memphis Meats.

Life sciences and agri-food has risen to 10 percent of Temasek’s portfolio by end-March, up from just 4 percent in 2017, Singapore’s state-owned investment company said.