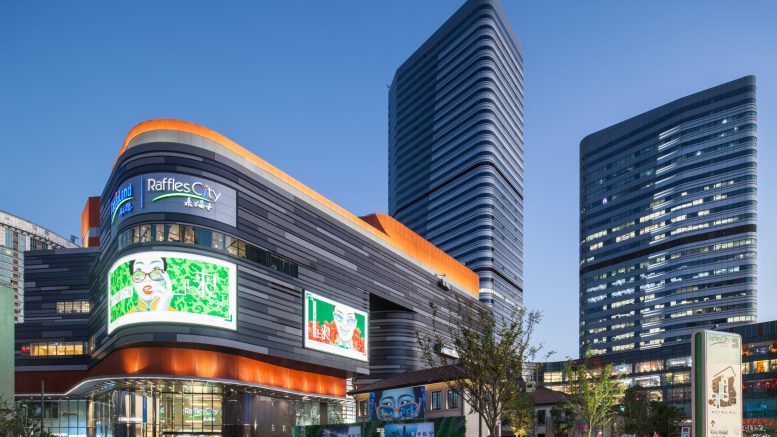 CapitaLand has entered deals to divest partial stakes in the companies holding six of its Raffles City developments in China to Ping An Life Insurance Co. of China for 46.7 billion yuan, or around S$9.6 billion, the property developer said in a filing to SGX Monday.

After the deal, CapitaLand will hold stakes of around 12.6 percent to 30 percent in each development, while providing asset management services to earn fee income, the statement said. CapitaLand said it expected to see net proceeds of more than S$2 billion from the deal.

“They offer an attractive investment proposition for our new onshore partner. We will build on the traction to further diversify CapitaLand’s investor base while continuing to maximise the property value and investment returns for our investors,” Puah said in the statement.

Puah said CapitaLand will use the proceeds to support investments in new economy assets such as business parks, logistics and data centers, with plans to increase the exposure in China to these sectors to S$5 billion over the next few years from S$1.5 billion at end-2020.

In April, CapitaLand said it planned to invest 3.66 billion yuan to buy its first hyperscale data center campus in Shanghai.

Lee Chee Koon, group CEO of CapitaLand, said his company has an investment property pipeline valued at more than S$24.4 billion in China.

“We are looking forward to forging more capital partnerships with China’s domestic institutional investors to diversify CapitaLand’s investor base,” Lee said in the statement. “Our recent registration as a private equity fund manager in China allows us to carry out renminbi-denominated capital raising, as well as provide fund management services in China. It has opened up more capital partnership opportunities with domestic institutional investors for CapitaLand.”

Lee noted CapitaLand has announced around S$11.2 billion in gross divestments so far this year, compared with the company’s annual target of S$3 billion.

The deal is expected to be completed in the third quarter of this year.