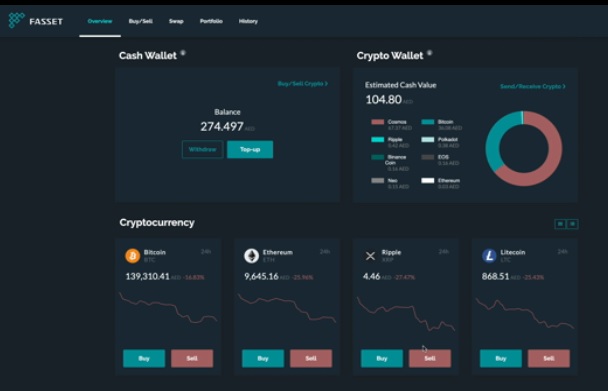 Fasset, an exchange for crypto-currencies and other digital tokens, and Bedford Row Capital, a London-based non-bank arranger of listed debt securities, have entered a tie-up to tokenise part of a Shariah-compliant bond issuance from Bangladesh conglomerate Deshbandhu Group, the companies said in a press release dated Tuesday.

Deshbandhu, a sugar-to-polyester-to-shipping conglomerate, has launched a Sukuk bond to raise US$250 million; the bond will offer a profit-sharing component to investors on a six-month basis.

The Sukuk will be offered to institutional Islamic capital markets, with a listing in Frankfurt within the next four weeks, while also via being partially tokenised on the Fasset platform, Scott Levy, CEO of Bedford Road Capital, told Shenton Wire on Wednesday. Fasset’s platform fractionalises large assets into smaller “tokens” using blockchain technology; the tokens can then be traded on Fasset’s FEX.

He noted amounts to be offered in the traditional listing and the tokenisation haven’t been pre-allocated. The minimum price for the tokens hasn’t been set yet, said Levy, who was speaking from Estonia.

“I don’t expect we’re going to get a huge uptake on the digital side, on the first one,” Levy said. “We have to do this transaction to demonstrate what I think is the future of capital markets … Even if we only raised US$10 or US$20 million through the Fasset platform, I think it’d be a phenomenal success.”

Levy said the deal offered a “perfect example” of connecting crypto-asset investors with the “real world.”

“From an investor perspective, it gives them something else to do rather than watch the value of Bitcoin bounce around like a child’s toy,” he said.

Levy said he expected the most likely buyers of the tokens would be high-end retail investors as institutional investors are less likely to buy crypto-currencies.

For investors holding the tokenised portion of the bond, the profit-sharing payments will be tracked via smart contracts, with the funds paid into digital wallets, Levy said.

The tokenised portion of the bond will be available for retail and institutional investors via the Fasset platform, with the tokens expected to be launched from Southeast Asia, the press release said.

Southeast Asia has seen a pickup in interest in tokenising bond offerings. Trading individual bonds tends to be difficult for retail investors on traditional markets.

Earlier this year, DBS, Southeast Asia’s largest bank, priced a S$15 million digital bond to be traded on the members-only DBS Digital Exchange, The Business Times reported, noting the board lot sizes for trades would be S$10,000, well below the usual multiples of S$250,000 for traditional bond trades.

The tie-up between Fasset and Bedford Row Capital followed the cryto-exchange receiving authorisation from Malaysia’s Labuan Financial Services Authority to offer services in the country, the press release said. Fasset also plans to focus on the Indonesian market as it works to expand its Shariah-compliant offerings.

Fasset CEO Mohammad Raafi Hossain added: “We believe that expanding access to digital assets within the Southeast Asian region is just the first step in rolling out more innovative, more accessible, and more performant investment options within the region.”

Levy said Bedford Row Capital has previously issued a 360-day Islamic liquidity product and a Sukuk for a U.K. corporate.