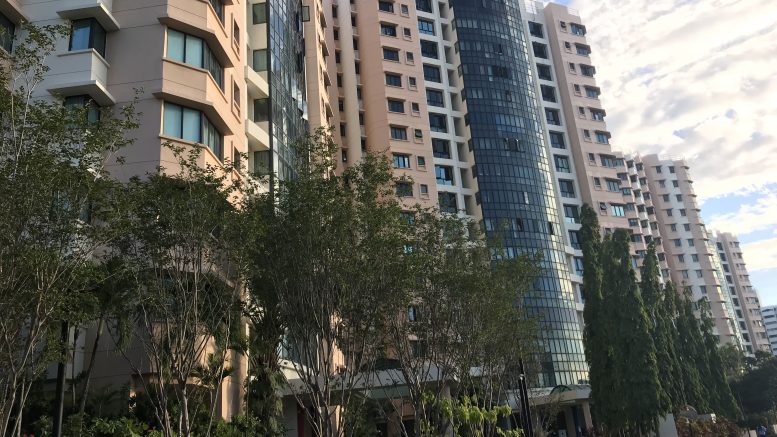 The SimsVille condominium in Singapore’s Geylang neighborhood is preparing to decide whether to sell the property in an en bloc deal, Shenton Wire has learned Wednesday.

Notices were posted in the lifts at SimsVille urging owners to attend a virtual EOGM, or extraordinary general meeting, to be held on 3 July, saying that at least 30 percent of the holders of the property’s share value needed to attend in person or by proxy. The condo’s management office told Shenton Wire the meeting would choose committee members for a potential deal.

One owner of a unit in SimsVille told Shenton Wire he would wait to see the pricing before he would agree to a sale. He said waiting until after the nearby Paya Lebar Air Base is moved — which is expected by 2030 — would result in better pricing and higher plot ratio for the property.

“That said, SimsVille is showing signs of wear and tear. While rents have held up, the maintenance costs are rising,” he told Shenton Wire via text.

The residential property, which was completed in 1998, has 522 units across four towers as well as facilities including pools, tennis courts and other amenities. The units’ have been priced at around S$1,021 to S$1,228 per square foot in recent transactions, or at around S$1.07 million to S$1.8 million, according to data from property website 99.co. SimsVille is a 99-year leasehold property.

A deal for SimsVille isn’t a guarantee. The nearby City Plaza development — a mixed-use project with residential, retail and office units — failed to entice a developer in the owners’ attempt to sell the property in  2017; at the time, analysts generally believed the asking price was too high.