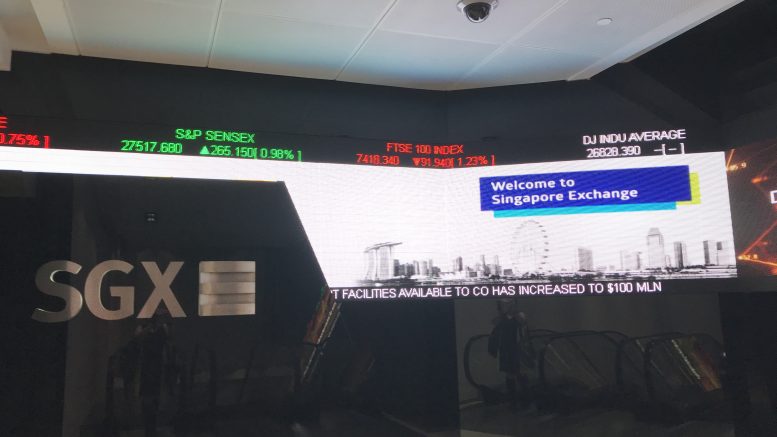 Singapore Exchange Regulation (SGX RegCo) has proposed Thursday removing its minimum trading price (MTP) rule as other measures to prevent market manipulation have reduced the number of alerts to the market.

Requests to review the MTP rule, which was put in place to combat manipulation risks, have been received, prompting a review, SGX RegCo said in a statement.

The public consultation period on the proposed change will be open until 27 December, with no companies to be added to the MTP watchlist unless it’s determined the current MTP framework will be retained, the statement said.

The exchange regulator said it has begun restricting accounts involved in unusual activity in a stock and concurrently issuing trade with caution alerts on the same stock.

Those measures, along with other market surveillance efforts and conduct guidelines as well as SGX RegCo’s ability to disregard artificial share price distortions, have reduced the number of alerts for suspected manipulation, the statement said.

“Market manipulation is a serious matter and we are always fine-tuning our regulatory tools to make them more targeted and efficient; our latest enhancement is the combination of a Trading Restriction with a Trade with Caution alert,” Tan Boon Gin, CEO of SGX RegCo, said in the statement.

“Taken together, these tools have a more direct impact on reducing manipulation risk and a review of the minimum trading price policy is therefore timely,” he added.

The MTP framework was proposed in 2014 and revamped in 2016, with a company entering the MTP watchlist if its share price is below S$0.20 and its market capitalization is below S$40 million, the filing said.

Companies have three years to exit the watchlist, and may be delisted if they don’t, the filing said.

SGX RegCo added that it would make improvements to the watchlist to alert investors to financially weak companies by taking into consideration whether the issuers’ profits were due to non-recurring income or by activities outside the normal course of business.

Whether an auditor has issued an adverse or disclaimed audit opinion or a material uncertainty related to going concern on the company’s accounts would also be considered, SGX RegCo said.

Jubilee Industries enters deal to sell WE Components for US$11M