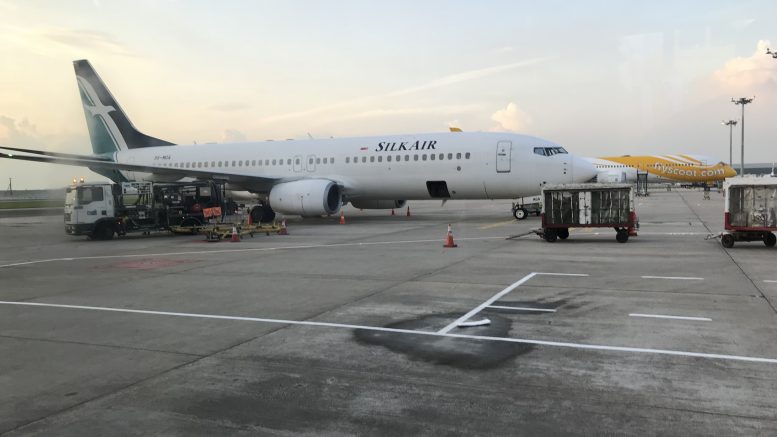 SilkAir and Scoot planes on tarmac at Changi Airport

The Singapore Airlines group carried 3.24 million passengers in October, up 8.9 percent on-year, while the passenger load factor (PLF) increased by 2.5 percentage points to 84.4 percent, the carrier said in a filing to SGX Friday.

“PLF improved for all route regions except for the Americas where PLF was flat against last year. Improvement in loads was partly due to the shift in Deepavali holidays from November 2018 to October 2019,” SIA said. “Efforts continue to focus on RASK (revenue per available seat-kilometers).”

SilkAir posted its passengers carried increased 3.3 percent on-year to 411,000 for October, while its PLF grew 4.8 percentage points to 79.7 percent.

“The systemwide passenger carriage grew by 4.0 percent against a 2.2 percent contraction in capacity. The strong growth in passenger carriage led to increases in PLF for East Asia and Pacific, as well as West Asia,” SIA said of SilkAir.

“PLF improved for East Asia as Chinese routes benefited from the China Golden Week, while the suspension of underperforming routes led to the improvement of PLF in West Asia. Rest of World also registered higher PLF as demand for long-haul routes to Europe improved,” SIA said.

“During the month, Scoot launched new routes to Coimbatore and Visakhapatnam which were previously served by SilkAir. Scoot ceased
services to Kochi, with the route being transferred to SilkAir. Services to Male were also suspended,” SIA added.