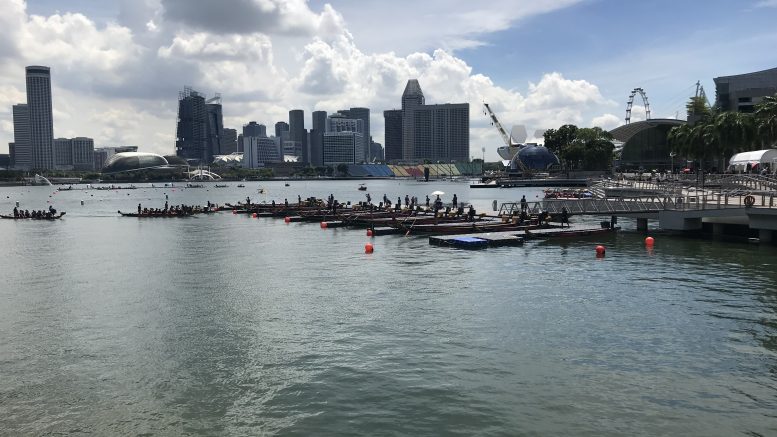 All it took was another interest rate cut: Economic growth expectations surged and risk-taking took off in November, according to the Bank of America-Merrill Lynch fund managers survey subtitled “Major-FOMO,” which was released Tuesday.

“The bulls are back,” BofA-ML said. “Global recession concerns vanish and ‘Fear of Missing Out‘ prompts wave of optimism and jump in exposure to equities and cyclicals.”

Growth expectations surged 43 percentage points to a net 6 percent of fund managers expecting global growth would improve over the next 12 months, from a negative 37 percent in October, the survey found. That marked the biggest month-on-month jump on record since 1994, BofA-ML said.

Global corporate profit expectations surged, with a net 10 percent saying they expected profits to deteriorate over the next 12 months, a 25 percentage point on-month improvement from 35 percent in October, the statement said. But it added the earnings per share outlook remained subdued in absolute terms.

Fund managers’ cash levels tumbled to 4.2 percent from 5.0 percent, hitting their lowest level since June 2013, with the indicator falling out of “buy” territory for the first time since January 2018, the survey found.

When the average cash balance rises above 4.5 percent, it’s considered a contrarian buy signal for equities, and when the balance falls below 3.5 percent, it triggers a contrarian sell signal, the investment bank said.

Fund managers found their risk appetite when it came to allocating the cash: Equity allocations rose 20 percentage points on-month to a net 21 percent overweight, a one-year high, the survey said.

The increased allocation to equities came from selling bonds, with bond allocations falling 11 percentage points to a net 47 percent of fund managers surveyed saying they were underweight, the most since November 2018, the survey said.

Allocations to U.S. equities slipped 1 percentage point to a net 14 percent of fund managers saying they were overweight, pushing the U.S. out of the most-preferred region slot, BofA-ML said.

The optimism didn’t extend to the strength of the greenback: 37 percent of fund managers said they expected the U.S. dollar to depreciate over the next 12 months, marking the weakest outlook since September 2007, BofA-ML said.

The survey had 178 participants with US$574 billion in assets under management, with the survey period covering 1-7 November.