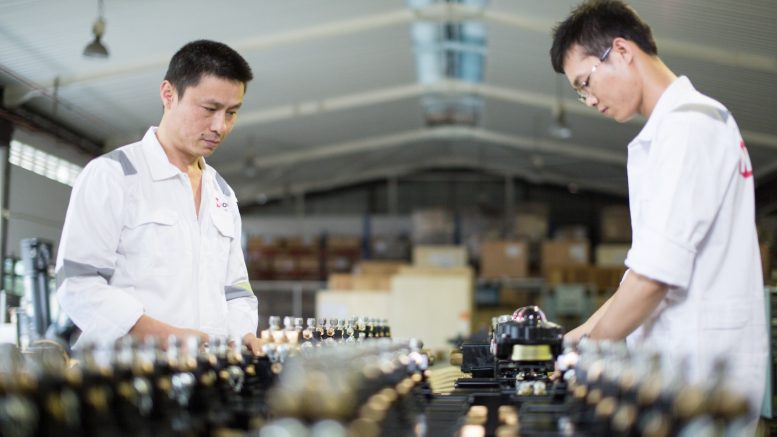 One Singapore offshore and marine services player has managed to keep growing even as the industry has taken a battering in the years since 2014, when oil tumbled off peaks over US$100 a barrel oil to as little as levels around US$26 in 2016.

That resulting shakeout has left the industry a shadow of its former self: In December 2014, the marine industry in Singapore employed 101,200 people, but by December 2018, that number had shrunk to 64,300, according to data from the Ministry of Manpower.

But Nordic’s fortunes diverged from its peers amid the downturn, when the company had the resources to diversify away from the core oil and gas industry.

The company’s chairman, Chang Yeh Hong, said the sector’s struggles were the impetus to change the company’s direction.

“We decided to move from the upstream space of the oil-and-gas value chain to the downstream space, then the petrochemical space,” he told Shenton Wire recently. “For us to get there is difficult because we were always in upstream. The only way to get us quickly there is through an acquisition.”

Nordic’s first major acquisition was Multiheight Scaffolding, which expanded the company into scaffolding services and expanding its product range. That was followed by the Austin Energy (Asia) acquisition in 2015, which added insulation services, and Ensure Engineering in 2017, adding maintenance services.

“We made that strategic shift from upstream to downstream where the income stream was more stable, because we have the maintenance contract and then on top of that we have the projects,” Chang said.

The shift to growth through acquisitions has spurred Nordic’s profit to post a compound annual growth rate of 20 percent for six to seven years, Chang said.

Shifting downstream appears to have been a good call, with the upstream oil and gas servicing shakeout still claiming victims, even with oil’s recovery recently to an around US$50 to US$70 trading band. Ezion, for example, has said it hasn’t been able to capitalize on the sector uptick because it can’t access the financing it needs to deploy its vessels. In late October, Ezion sold three oil rigs at a loss.

The sector downturn recently claimed another victim: In October, it was announced that POSH Terasea, a joint venture including Ezion and PACC Offshore Services Holdings, was set to be voluntarily liquidated after it defaulted on a loan. Also in October, EMAS Offshore announced its application to Singapore’s High Court to be placed under judicial management was approved.

Indeed, Chang said that while the oil price has finally moved back up — and some companies have said they’re seeing more inquiries — it hasn’t shown up in his orderbook.

Nordic has felt some pressure in its earnings from a lack of project contracts, despite support from maintenance contracts, as project margins tend to be higher. Nordic reported Friday its third quarter net profit fell 12 percent on-year to S$2.93 million on lower revenue and lower margins.

While waiting for that turnaround, Nordic said it isn’t finished expanding. In September, the company announced plans to acquire Envipure, which offers waste-water treatment and air purification with a focus on semi-conductor plants. The deal is valued at a maximum of S$15.5 million.

Chang said acquisition targets are chosen as part of a “simple strategy” to bundle products and services to “deepen the wallets” of Nordic’s existing clients or to expand the company’s client base.

As an example, he cited interest from oil companies in using Envipure’s water and gas treatment methods to handle waste-water tanks. Typically, oil companies would need to hire a logistics waste company to take the materials through a vacuum tank, charging by the ton, including the weight of the water and the sludge.

Chang said Nordic’s plan is to use Envipure’s services to separate the sludge and the waste-water, with the latter to be purified and discharged separately. That would bring down oil companies’ costs for disposing of the sludge.

Envipure hasn’t previously worked in the oil and gas sector, so the acquisition would bring that company’s services to Nordic’s existing clients, while allowing Nordic access to Envipure’s clients in other industries.

Nordic is able to fund acquisitions, while other oil and gas servicers are still struggling, because it took a “prudent” approach to debt, Chang said.

It’s a situation still playing out for parts of the oil and gas sector: In late October, Ezion sold three oil rigs to a Mexican company at a loss.

Chang may have picked up this lesson in his former career as an investment banker: “if you’re over-leveraged, you’re over-geared, then you have lost the avenue of funding from the banks.”

His former career may also be part of why Nordic’s acquisitions have proven to be profitable.

“We make decisions strictly based on facts and figures,” not gut feel, Chang said.

To be sure, Chang did follow his feelings when he decided to leave investment banking, or what he called a “dog’s life” of too much travel away from his family.