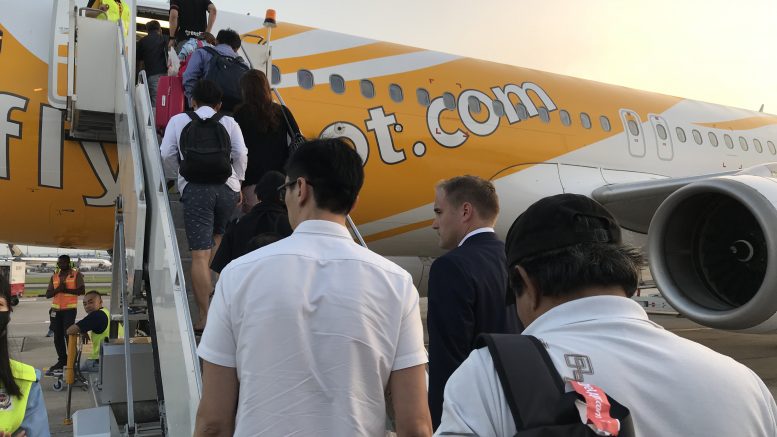 Total revenue for the quarter ended 30 September increased 3.9 percent on-year to S$4.22 billion, the carrier said in a filing to SGX.

SIA posted a share of profits of joint venture companies of S$9.9 million, compared with a year-ago loss of S$500,000. The share of losses of associated companies narrowed to S$49.7 million in the quarter, from S$117.1 million in the year-ago period, the carrier said.

Finance charges for the quarter were S$57.2 million, nearly doubling from S$27.9 million in the year-ago quarter, on changes to accounting for leases and due to additional financing for fleet renewal and expansion, SIA said.

The main units in the group posted mixed results.

The parent airline company posted operating profit of S$233 million for the quarter, down 1.7 percent on-year as revenue improvements
were offset by weaker cargo revenue and higher net fuel and other expenditure.

SilkAir reported an operating loss of S$3 million for the quarter, unchanged on-year as higher revenue from traffic growth was offset by higher expenses, partly due to the grounding of the 737 MAX 8 planes.

SIA Engineering posted operating profit of S$19 million for the quarter, up 72.7 percent on-year, mainly due to higher revenue from the airframe and line maintenance segment, lower subcontract costs and a favorable exchange variance.

For the fiscal first half, SIA reported net profit rose 5.1 percent on-year to S$206 million on total revenue of S$8.33 billion, up 5.3 percent.

“Passenger bookings in the coming months are expected to be stronger year-on-year, with yields supported by premium cabin traffic,” SIA said.

“However, headwinds persist in the form of intensifying competition in key operating markets, as well as an uncertain global economic outlook. Cargo demand is likely to remain weaker year-on-year, despite the seasonal peak, amid ongoing trade tensions and a manufacturing slowdown in key export economies,” SIA added.