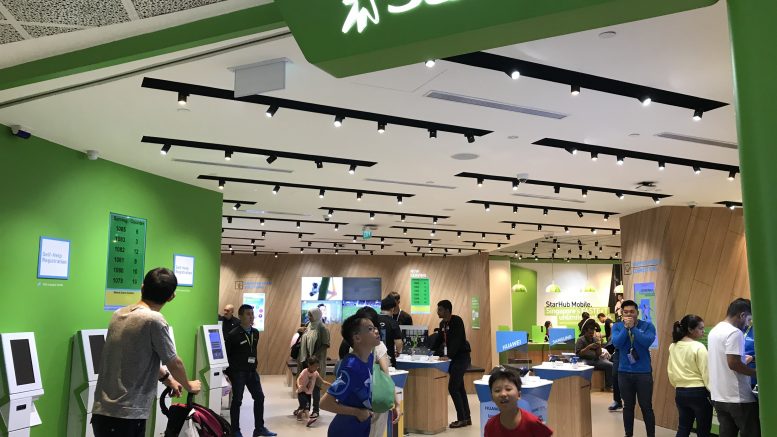 Revenue for the quarter ended 30 September fell 1.6 percent on-year to S$572.6 million, the telco said in a filing to SGX.

The post-paid mobile subscriber base was at 1.44 million at end-September, down 4.2 percent on-year, StarHub said, adding post-paid mobile’s average revenue per user (ARPU) was S$39 a month in the quarter, down by S$5 on-year.

The pre-paid user base was at 785,000 at end-September, down by 51,000 customers on-year, partly due to migrating pre-paid customers to SIM-only post-paid plans, StarHub said.

The pre-paid ARPU was S$13 a month, down from S$14 in the year-ago period, StarHub said.

“The mobile market’s competitive intensity continues with new entrants and aggressive pricing plans, but we remain encouraged by the strong momentum seen in the sign-up of giga and our ‘Hello Change’ post-paid plans,” Peter Kaliaropoulos, StarHub’s CEO, said in the statement.

Pay TV revenue fell 24.8 percent on-year in the quarter to S$56.1 million, mainly on a lower subscriber base and lower ARPUs, amid cable-to-fiber migration and related promotional activity, StarHub said.

“In line with previous quarters, the overall Pay TV market in Singapore continued to shrink due to piracy and alternative viewing options,” StarHub said.

The third quarter was the final period the telco was offering cable TV/broadband service as the customer migration to fiber from cable was completed, the telco said.

The migration caused a higher churn, with a number of cable customers indicating they would terminate their services, with the terminations to be processed in October, it added.

“In the quarter, we also launched our new TV Go Max OTT offer. We have recorded a promising take-up since launch. We will continue our efforts to manage the cost structure on content renewals,” the telco said.

Broadband revenue fell 7.8 percent on-year in the quarter to S$43.2 million as ARPU fell to S$27 from S$32 in the year-ago quarter, mainly on promotional offers to drive gross adds and migration of existing cable subscribers to fiber broadband, the telco said.

“For the Home Broadband segment, sustained competition is expected due to the high broadband penetration in the market. To differentiate ourselves, we launched a new fiber gaming offer – a tailor-made bundle with the best gaming router in the market combined with our 2Gbps speed fiber plan,” StarHub said.

“The renewals for connectivity to data centre, cloud and telco solutions across key industry sectors remain a key driver in our Enterprise Business revenue,” StarHub said. “We continue to see increased take-up for IoT, ICT and Data Centre-related managed services.”

StarHub said it expected 2019 service revenue to decline by 2 percent to 3 percent on-year, with depreciation and amortization expenses set to increase. Capital expenditure is expected to be 8 percent to 9 percent of total revenue, excluding a S$282 million spectrum payment, the telco said.