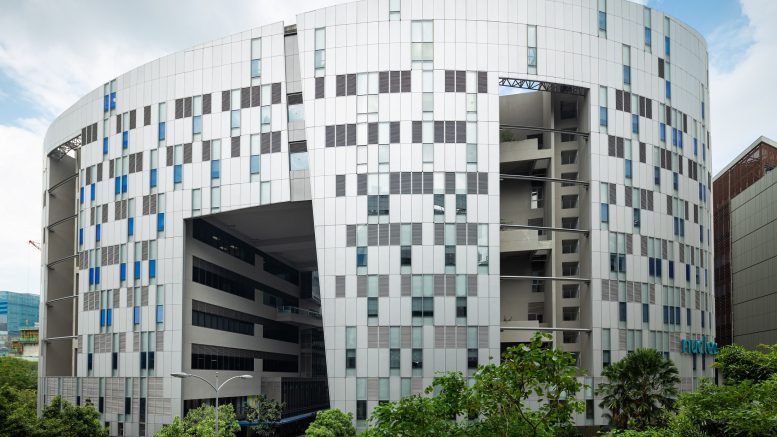 This article was originally published on Friday, 1 November 2019 at 22:57 SGT; it has since been updated to include Mapletree Industrial Trust, BreadTalk, Manulife US REIT, CapitaLand, City Developments and palm oil.

Ascendas REIT has entered a deal to acquire 28 U.S. business park properties in the U.S. and two in Singapore for S$1.66 billion from CapitaLand, the REIT said in a filing to SGX Friday.

The REIT requested the trading halt on its shares be lifted Monday.

Sengkang Grand Residences, a joint development between CapitaLand and City Developments, met with strong demand after sales opened on Friday, with 216 units of the 280 released selling by 6:00 P.M. SGT Sunday, the developers said in a press release.

The Environmental Investigation Agency (EIA) alleged in a report published Sunday that the Roundtable on Sustainable Palm Oil (RPSO) has continued to provide false environmental credibility to its members’ products, a practice called “greenwashing.”

In response, RSPO said “our stakeholders can take comfort knowing that RSPO continues to be informed by scores of credible research organisations who conduct independent research on the impacts of RSPO.”

After the deal, City Developments’ deemed interest in IREIT Global, which is held via City Strategic Equity, has increased to 12.566 percent from 12.486 percent previously, the filing said.

The change was due to the net acquisition of 1.31 million units for S$1.25 million, OCBC and Great Eastern said in filings to SGX.

Manulife US REIT reported Monday its third quarter net property income grew 11.8 percent on-year to US$28.12 million on the contributions from the newly acquired Centrepoint property, partly offset by higher property operating expenses due to a larger portfolio.

Mapletree Commercial Trust said Friday it had completed the acquisition of Mapletree Business City Phase 2 and its common areas.

In addition, around S$453.6 million of the around S$458 million in gross proceeds from the trust’s private placement were used to partially fund the acquisition, Mapletree Commercial Trust said in a filing to SGX.

Mapletree Industrial Trust holds 50 percent of MRODCT, with the remainder held by a wholly owned subsidiary of the REIT’s sponsor, the filing said.

Paradice Investment Management ceased to be a substantial shareholder of BreadTalk, with its deemed interest falling to 4.986 percent from 5.133 percent, the U.S.-based fund manager said in a filing to SGX Saturday.

The fund manager manages individual client portfolios under a global small- and mid-cap strategy, giving it discretion and authority over the shares, the filing said.

Lui will be working with the board for a smooth transition, Far East Orchard said in a filing to SGX.

No Signboard Holdings said Friday it opened its second Little Sheep Hotpot restaurant in Singapore, at a location in the basement of Orchard Gateway.

Kimly said Friday it has completed the acquisition of the coffeeshop property at 143 Teck Whye Lane #01-243 in Singapore for S$14 million, and plans major enhancement works.

Kencana Agri warned Friday it expected to report a net loss for the quarter ended 30 September, mainly due to low crude palm oil (CPO) prices. More details will be disclosed with the unaudited financial results are released, Kencana Agri said in a filing to SGX.

Soilbuild Business Space REIT has competed the acquisition of the property at 25 Grenfell Street, Adelaide, Australia, from 25 Grenfell Street Adelaide Real Estate Netherlands, the REIT said in a filing to SGX Friday.

The REIT added that all of the S$100 million net proceeds of its preferential offering have been used to partially fund the acquisition and related costs.

The deemed interest in Ascendas India Trust is held through multiple subsidiaries and clients for which MFS has investment or voting discretion, Massachusetts Financial Services Co. said in a filing to SGX.

TEE International said Friday its controlling shareholder, Phua Chian Kin has informed the board the completion date for his proposed sale of a 23 percent stake in the company has been extended to 30 November at the buyer’s request.

“Shareholders should note that there is no assurance that the proposed sale will be completed,” TEE International said in a filing to SGX.

After the deal is completed, Phua will have a direct interest of 16.24 percent and a deemed interest of 6.37 percent, TEE International has said previously.

Singapore Budget: “Prudent and progressive” budget and which sectors might be affected