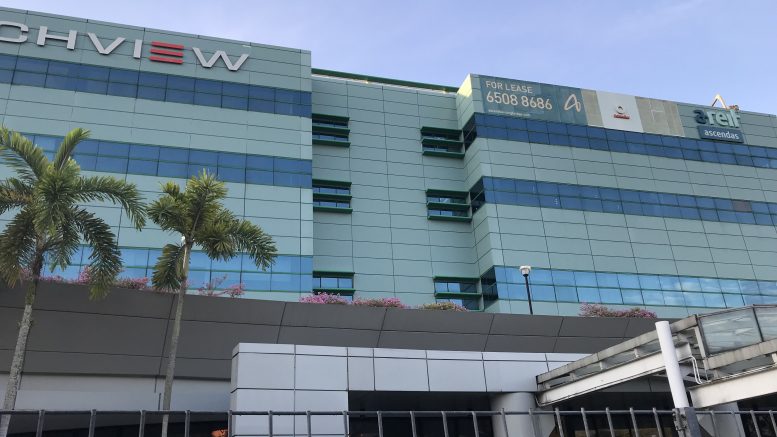 This article was originally published on Friday, 1 November 2019 at 8:37 A.M. SGT; it has since been updated to add more details.

Ascendas REIT reported Friday its fiscal second quarter net property income climbed 12 percent on-year to S$177.9 million on the acquisitions of 38 logistics properties in the U.K. in 2018. The figure beat a Daiwa forecast.

Gross revenue for the quarter ended 30 September increased 5.3 percent on-year to S$229.6 million, the REIT said in a filing to SGX.

The distribution per unit (DPU) for the quarter was 3.978 Singapore cents, up 2.3 percent from 3.887 Singapore cents in the year-ago quarter, Ascendas REIT said.

Daiwa had forecast net property income of S$172.4 million on gross revenue of S$233 million with a DPU of 4.10 Singapore cents.

The overall portfolio occupancy rate remained stable at 91 percent in the quarter, but the Singapore properties’ occupancy rate fell to 88.1 percent from 88.9 percent as of 30 June, the filing said.

Portfolio rental reversion was a positive 4 percent for renewed leases in Singapore during the quarter, the filing said.

The Australia portfolio’s occupancy rate rose to 95.4 percent from 92.3 percent as of 30 June as the 94 Lenore Drive property in Sydney reached full occupancy, while the U.K. occupancy rate fell to 97.7 percent from 100 percent at end-June on lower occupancy at two units at Wellesbourne Distribution Park, the filing said.

The number of properties in Ascendas REIT’s portfolio grew to 170 from 145 in the year-ago period, with 97 in Singapore, 35 in Australia and 38 in the U.K., the filing said.

In its outlook, Ascendas REIT said it expected the portfolio performance would remain stable due to a diversified portfolio and customer base.

But it pointed to some concerns.

“The global growth outlook remains weak amid the protracted trade conflict between the United States and China, and other economic uncertainties. Recently, several central banks, including the U.S. Federal Reserve, the European Central Bank, China and India have cut
interest rates to shore up their economies,” the REIT said.

In Singapore, the REIT said businesses would likely remain conservative on capital investments and expansion plans, dampening demand for industrial space. In addition, new industrial pace of 2.2 million square feet is expected to be completed in the remainder of this year and next year, the REIT said, adding that would keep rental rates subdued.