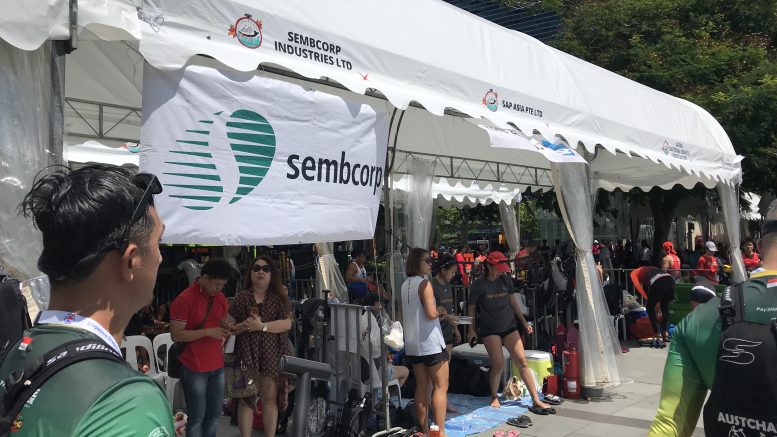 Sembcorp Marine told SGX Monday it wasn’t aware of any information to explain the surge in its share price, but it pointed toward Temasek’s bid to increase its stake in Keppel Corp. as a possible driver.

Shares of SembMarine surged Monday to end up 11.67 percent at S$1.34, off the intraday high of S$1.36, amid strong volume of 28.53 million shares, compared with 30-day average volume of 3.03 million shares, according to Bloomberg data.

“Save for possible market speculation arising from the announced voluntary pre-conditional cash partial offer for shares in Keppel Corp. Ltd. by a wholly-owned subsidiary of Temasek Holdings (Pvt.) Ltd., the company is not aware of any possible explanation for the trading
today,” SembMarine said in response to a query from SGX on the trading activity.

Singapore state-owned investment company Temasek said Monday it is making a bid to increase its stake in Keppel Corp. to 51 percent via a S$7.35 a share cash offer in a more than S$4 billion deal. That has spurred renewed speculation from analysts that Keppel’s offshore and marine division might merge with Sembcorp Marine.

In response to SGX’s question on whether SembMarine was aware of any information not previously announced to explain Monday’s trading, the company also noted that it negotiates contracts with its customers in the ordinary course of its business.

“There is no certainty that any transaction will materialize. The company will, in compliance with the listing rules, issue announcements if and when there are material contracts secured,” SembMarine said.