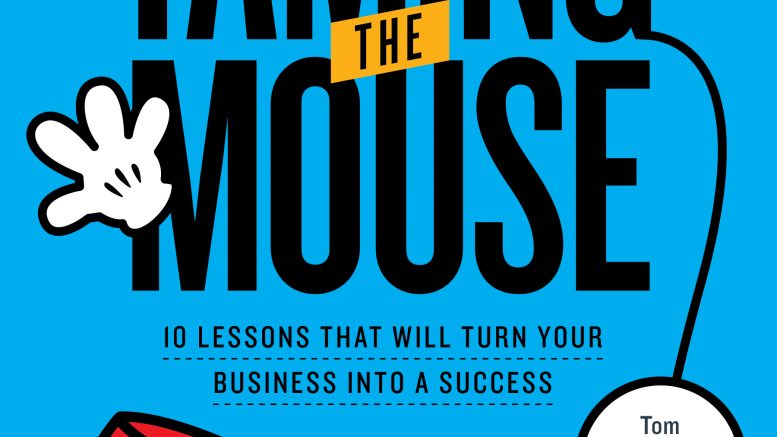 Cover of the book, "Taming the Mouse: How a small Hong Kong theme park came to dominate Disney"

“Taming the Mouse: How a Small Hong Kong Theme Park Came to Dominate Disney,” by Tom Mehrmann and Michael Switow, is a David vs. Goliath tale with universal business lessons. It details the 10 principles leading Ocean Park Hong Kong to transform its business and overtake Hong Kong Disneyland, an Asian outpost of one of the world’s most beloved brands.

It is written for leaders looking for ways to transform their business even when faced with what looks like insurmountable odds, such as new competition, declining profits, nay-saying analysts and pessimistic colleagues.

The scene isn’t contemporary Hong Kong, but rather 2014, when for 79 days, students wielding umbrellas faced off with the government and police in a protest demanding universal suffrage.

Ocean Park Hong Kong became collateral damage amid a sharp drop in tourism from the mainland.

“You can’t control the weather — or the political climate, but if you remain focused on your objectives, you can still achieve them,” said Mehrmann. “In the course of business — and life — you will always be confronted with situations that are driven by external events. The key is to identify areas within your control that you can change.”

His lesson was that very few things are out of your control, if you break them down into basics: Political demonstrations might be bad for business, but they’re not the real issue. Maintaining and growing visitorship and revenue were not challenges, but opportunities, according to Mehrmann, who is now the president and CEO of Universal Studios Beijing and tasked with the US$7 billion project to launch that company’s first mainland theme park.

Ocean Park’s confrontation with the mouse-shaped Goliath began in November 1999, when Hong Kong signed a US$3.2 billion deal with The Walt Disney Co. to create China’s first Disney resort.

Amid the excitement, the potential impact on Hong Kong’s homegrown theme park seemed an afterthought. Most observers expected Ocean Park Hong Kong to wither and close.

Instead, the company grew into one of the world’s best attractions, recognized internationally by its peers. In his role as Ocean Park CEO from 2004-2016, Mehrmann oversaw the park’s transformation into a leading world-class family-travel destination welcoming seven million visitors annually.

Every year for a decade, the marine attraction routinely beat Disney in attendance, profitability, creativity and community engagement.

“Taming the Mouse” details the 10 principles Ocean Park Hong Kong used to transform its business and, in the face of what seemed insurmountable odds, overtake one of the world’s most beloved brands.

The book is “as thoughtful as ‘Zen and the Art of Motorcycle Maintenance’ and as lively and fun as Benjamin Zander’s ‘The Art of Possibility’,” said Singapore radio icon Michelle Martin.

“The characters here are the real attraction: The rodent adversary and, of course, Tom, who starts off by sweeping the streets of theme parks and ends up running them,” added Simon Chesterman, dean of the National University of Singapore School of Law.

“Taming the Mouse:  How a Small Hong Kong Theme Park Came to Dominate Disney” is available via Amazon.

The book was published by Switow Media and Themed Attractions Ltd.