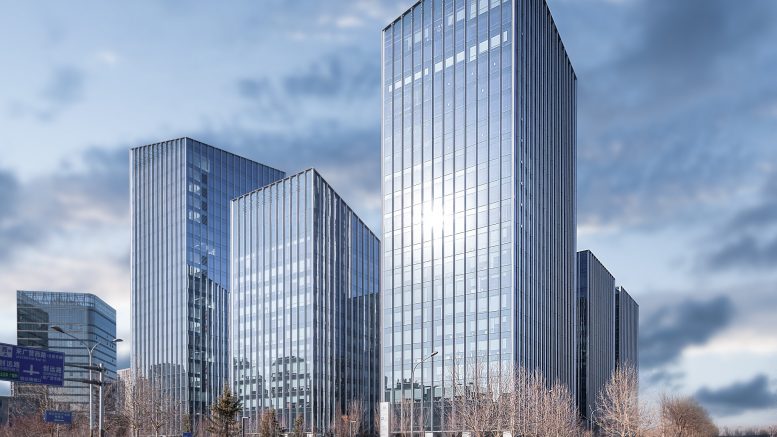 The Ronsin Technology Center, located in Beijing. Allianz Real Estate and Alpha Investment Partners, part of Keppel Capital, entered a deal in October 2019 to acquire an 85 percent stake in the property. Credit: Allianz

Alpha Investment Partners, via its funds, has entered a deal with Allianz Real Estate to jointly acquire 85 percent of Beijing office complex Ronsin Technology Center for around S$1.3 billion, Keppel Corp. said in a filing to SGX Wednesday.

The seller, D&J China, will continue to hold the remaining 15 percent of Ronsin Technology Center, which is located in the Wangjing sub-district of Beijing and has six office towers and a retail podium, the filing said. The complex is valued at around S$1.5 billion, or around 1 billion euros, it said.

“The acquisition of Ronsin Technology Center will be AAMTF III’s first investment in Beijing and is in line with our strategy to expand Keppel Capital’s presence in China,” Christina Tan, CEO of Keppel Capital, said in the statement. “This follows on the back of AAMTF III and Keppel Land China’s acquisition of Yi Fang Tower in Shanghai earlier this year.”

“Beijing is demonstrating strong resilience to current volatility in the global markets while Wangjing is a well-established sub-market for
technology and innovation firms, which is experiencing persistent demand with tight supply,” Desai said in the statement.

In a separate statement, Allianz said the deal marked its second direct office acquisition in Beijing, after a 2018 deal to acquire a 98 percent interest in ZLink.

The complex, which was completed in March 2018, has an occupancy rate is at 70 percent, the filing said.

The deal is expected to be completed by the end of the year, the filing said.