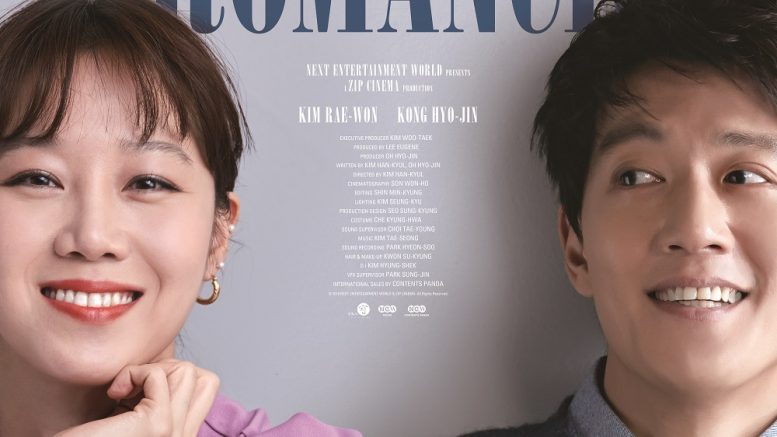 “Crazy Romance” had posted a 12.3 percent ticket reservation rate — or the percentage of the total number of tickets which have sold — as of 2 P.M. local time Monday, the highest among other Korean films, the filing said, citing real-time booking data from the Korean Film Council.

The film, which will be presented and distributed by Next Entertainment World, has an estimated total production budget, including prints and advertising costs, of around 6.7 billion won, or around US$600,000, Spackman said.

Reviews of the romantic comedy were favorable after its 24 September premiere, Spackman said, citing an article on South Korean online platform Naver.

The film is headlined by Kim Rae-won and Gong Hyo-jin, and it marks the first time in 16 years the two have collaborated, the filing said.

The plot follows a man who is still in love with his ex-girlfriend and the ex-girlfriend who is having a rough breakup with her current boyfriend.