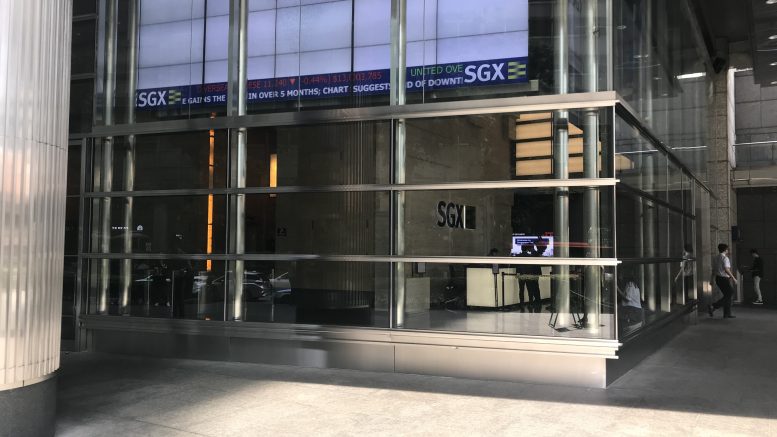 Signage at the SGX building on Shenton Way in Singapore; taken October 2018.

Singapore Exchange Regulation (SGX RegCo) has urged investors and potential investors to be cautious when dealing with shares of Mirach Energy, it said in a filing to SGX Tuesday.

Shares of Mirach climbed 123 percent from S$0.13 on 8 February to S$0.29 on 3 September. After review the trades over that period, SGX found a small group of individuals, who appear to be connected to each other, were responsible for 69 percent of the buy volume, the filing said.

“SGX RegCo is reviewing the trades in Mirach shares and will take the necessary actions, including referring the case to statutory authorities where warranted,” according to the filing.

In a separate filing, SGX RegCo said See Hoy Chan Investment ceased to be a substantial shareholder of Mirach, disposing of its entire 7.81 percent direct interest in off-market married deals.

Lee Beng Tee, who was deemed interested in the shares because she owns at least 20 percent of the voting shares on See Hoy Chan Investment, also ceased to be a substantial shareholder, the filing said.