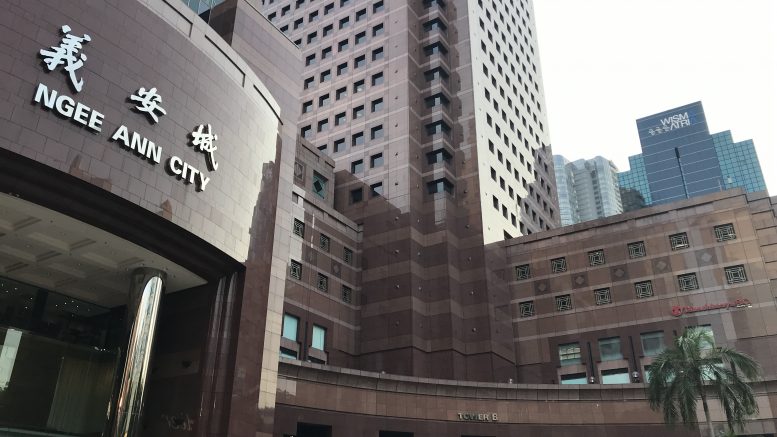 Olam International has secured a revolving credit facility of US$525 million tied to meeting key performance indicators (KPI) tied to sustainability, the agri-business said in a filing to SGX Tuesday.

Starhill Global REIT said Tuesday it submitted a non-binding expression of interest to Isetan Singapore for the potential acquisition of the department store operator’s stake in the Wisma Atria mall.

Keppel Land, the property arm of Keppel Corp., and SM Group’s BDO Unibank have opened the office and retail mixed-use development called The Podium in Manila’s Ortigas central business district on Tuesday, the companies said in a filing to SGX.

Keppel Philippines Properties, a Keppel Land subsidiary, owns 40 percent of the project, while BDO and an associated company hold the remainder, the filing said.

Phase one of The Podium comprised The Podium retail mall, which opened in 2002, while the mall’s phase two began operations in 2017 and construction of The Podium West Tower started in 2015 and was completed in May 2019, the filing said.

Suntec REIT said Tuesday it has completed the acquisition of the office building at 44 Currie Street in Adelaide, Australia, from AEP Currie.

In addition, Suntec REIT used around S$158.9 million, or around 79.5 percent of the proceeds of its private placement, to finance the acquisitions of 55 Currie Street, and 21 Harris Street, Pyrmont, Sydney, the REIT said in a filing to SGX.

Accordia Golf Trust reported Tuesday the number of players on its courses in August rose 5.8 percent on-year to 511,886.

Newsome Holdings ceased to be a substantial shareholder of Raffles Infrastructure after the disposal of its entire deemed interest of 8.33 million shares, or a 12.26 percent stake, for S$4.17 million in an off-market transaction, Newsome Holdings said in a filing to SGX Tuesday.

Ding Lili is the sole shareholder of Newsome Holdings and she was also deemed interested in the shares, the filing said.

In a separate filing, Choong Lay Yee Carol (Zhong Liyi) said she also ceased to be a substantial shareholder after disposing of 5.47 million shares for S$2.73 million in an off-market transaction.

Choong’s direct interest in Raffles Infrastructure fell to 4.22 percent, below the 5 percent threshold to be considered a substantial shareholder, from 12.26 previously, the filing said.