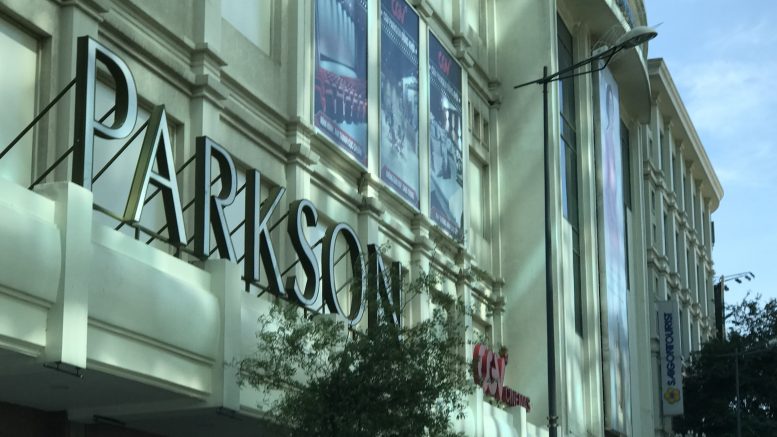 The closure of money-losing stores, reduced operating expenses and the year-earlier disposal of an investment in a money-losing subsidiary also helped to narrow the loss, Parkson Retail Asia said.

Revenue for the quarter ended 30 June fell 11.1 percent on-year to S$94.06 million, the department store operator said in a filing to SGX.

During the quarter, the Vietnam operators reported same-store sales growth (SSSG) was negative, falling 21.4 percent as the country’s retail scene became increasingly competitive and a major store was undergoing renovation, impacting its revenue.

The Malaysia operations reported SSSG of 5.2 percent on-year in the quarter, mainly on better operational efficiency, with improvements across the department store, branding and food and beverage operations.

The Indonesia operations posted negative SSSG of minus 4.1 percent, mainly on numerous earthquakes in Lombok and Bali, resulting in fewer tourists traveling to the country, and as renovations to a mall housing one store impacted traffic flow.

Parkson Retail Asia added three new stores to its department store network and exited eight underperforming stores, the filing said, adding it had 61 stores as of end-June, with 42 in Malaysia, four in Vietnam and 15 in Indonesia.

In its outlook, the company was downbeat.

“The group’s operating environment for FY2020 is expected to remain challenging amid severe competition. Nevertheless, much emphasis will be placed on cost containment, improving productivity and increasing revenue by carrying out tactical advertising & promotional activities,” Parkson Retail Asia said. “The group will continue to focus on enhancing product offerings as well as optimising operational efficiency to further improve the results.”