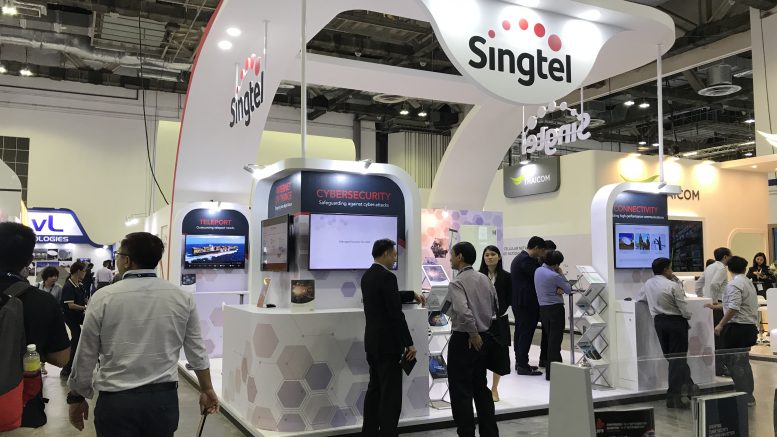 This article was originally published on Tuesday, 20 August 2019 at 20:24 SGT; it has since been updated to include Singtel, Yanlord Land, Soilbuild Business Space REIT, SPH REIT, Del Monte Pacific, Yoma Strategic and Synagie. The item on Frasers Logistics & Industrial Trust was also updated.

These are Singapore companies which may be in focus on Wednesday, 21 August 2019: Frasers Logistics & Industrial Trust, Venture Corp., Eagle Hospitality Trust and Spackman Entertainment.

Frasers Logistics & Industrial Trust said Tuesday its proposed acquisition of 12 properties in Germany and Australia was approved at an extraordinary general meeting of shareholders.

An offering of U.S. dollar denominated senior notes may follow, subject to market conditions, Yanlord said in a filing to SGX.

The notes are expected to be rated BB-minus by S&P and Ba3 by Moody’s, the filing said.

HSBC’s Singapore branch and OCBC were appointed arrangers and dealers for the program, SPH REIT said in a filing to SGX.

Any net proceeds are expected to be used for general working capital, capital expenditure and corporate requirements, including acquisitions and investments, the filing said.

A Singapore court granted an application for the appointment of a judicial manager (JM) over troubled NK Ingredients, Soilbuild Business Space REIT’s manager said in a filing to SGX Tuesday.

BlackRock became a substantial shareholder of Venture Corp., with its deemed interest rising to 5.04 percent, above the 5 percent threshold, from 4.97 percent previously, the asset manager said in a filing to SGX after the market close Tuesday.

That was after an increase of 189,242 shares held as collateral, the filing said.

Claydon Hill Investments disposed of 10 million Eagle Hospitality Trust units at US$0.70 each in an off-market transaction, the substantial unitholder said in a filing to SGX Tuesday.

That brought Claydon Hill Investments’ direct interest in the REIT to 15.15 percent, down from 16.3 percent previously, the filing said.

Del Monte Pacific said Tuesday it plans to shutter and divest some production facilities of its U.S. subsidiary, Del Monte Foods, in a move toward an asset-light strategy.

Read more: Del Monte Pacific to shutter and divest some US facilities

E-commerce service provider Synagie entered a deal to manage and operate brand stores for Lazada on the online retailer’s marketplaces in Southeast Asia, the Singapore-listed company said in a filing to SGX Tuesday.

Yoma Micro Power is now a 35 percent-owned associate of Yoma Strategic, with Norfund and IFC now holding 30 percent each and Alakesh Chetia, CEO of Yoma Micro Power, holding the remaining 5 percent, Yoma said in a filing to SGX.

The deal had initially been announced in April 2018.

Spackman Entertainment Group said Tuesday its acquisition of Simplex Films has been completed, and 165 million new shares have been issued as consideration.

Simplex has become a direct, wholly owned subsidiary of the group, Spackman said.