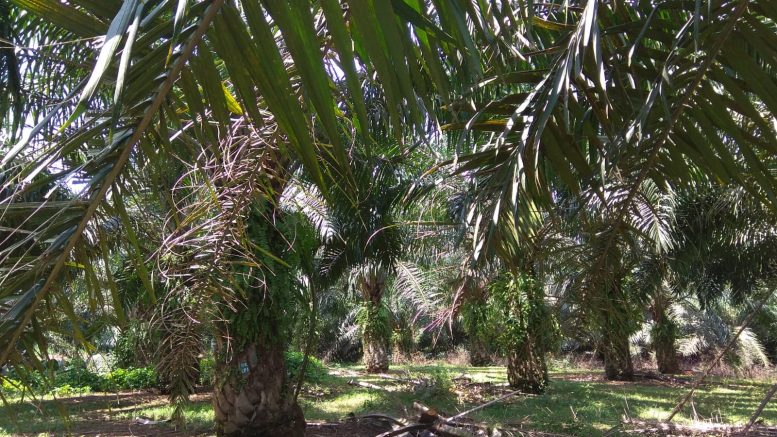 Golden Agri Resources reported Wednesday its second quarter net loss widened to US$64.70 million, from a net loss of US$39.02 million in the year-ago quarter as palm oil prices dropped.

Revenue for the quarter ended 30 June fell 16.7 percent on-year to US$1.55 billion, the palm oil producer said in a filing to SGX.

“The operating performance of the group was mainly affected by softer crude palm oil (CPO) prices, partially offset by better performance of our palm, laurics and others segment during the current period,” Golden Agri said.

The underlying net loss, excluding changes in the fair value of biological assets and depreciation of bearer plants, exceptional items and non-operating items, was US$27.11 million for the quarter, swinging from a year-ago underlying profit of US$16.59 million, the filing said.

“The industry has gone through many periods of low CPO prices, and has demonstrated its resilience. CPO prices will remain volatile, but we are of the view that the market prices will steadily improve in the long term,” Franky O. Widjaja, chairman and CEO of Golden Agri, said in the statement. “We expect production growth to slow down given the age profile of the industry and cyclicality of fruit production. On the demand side, Indonesia biodiesel remains a major catalyst to the industry.”

Revenue from the plantation and palm oil mills segment fell 16.1 percent on-year to US$5739 million in the first half, mainly on lower CPO prices, partly offset by higher sales volume as inventory sold down, the filing said.

Fresh fruit bunch yield per hectare and palm product output for the first half fell on-year, mainly due to a bumper crop in 2018, the filing said.

The average international CPO price, or FOB Belawan, fell 21.6 percent lower at US$796 a tonne for the first half, down from US$632 a tonne in the year-ago period, the filing said.

Earnings before interest, tax, depreciation and amortization (EBITDA) for the segment was US$97 million, down 51 percent on-year in the first half, the filing said.

The palm, laurics and others segment posted revenue declined 13.6 percent on-year to US$3.15 billion for the first half, mainly on lower CPO prices and lower sales volume for oilseeds in China, offset by strong demand for biofuel in Indonesia.

EBITDA for the segment jumped 149 percent on -year to US$100 million, mainly on additional contributions from biodiesel and the removal of an export levy in Indonesia, the filing said.

“CPO prices are expected to be range-bound,” the palm oil producer said. “We expect production growth to slow down given the age profile of the industry and cyclicality of fruit production, while the demand growth for CPO is estimated to remain stable underpinned by global food and energy demand, particularly the increase in biodiesel consumption in Indonesia.”