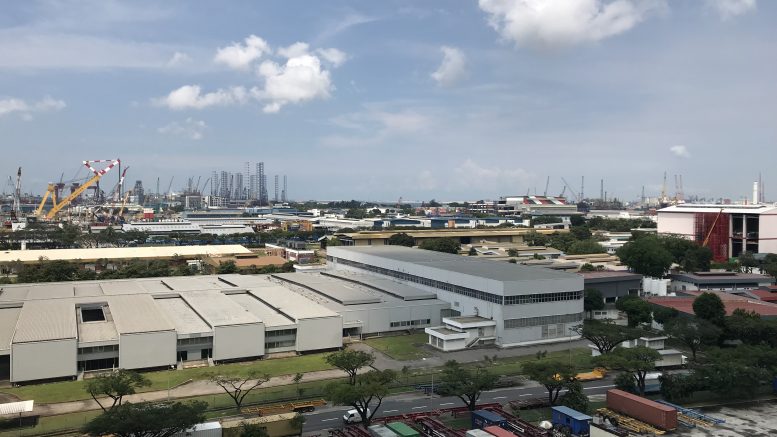 Sembcorp Marine reported Tuesday a second quarter net loss of S$8.5 million due to accelerated depreciation, but that was narrower than the S$55.6 million loss posted in the year-ago period.

The net loss for the quarter was mainly due to continued low overall business volume impacting the absorbtion of overhead costs, offset by margin recognition from newly secured production floater projects and the delivery of a rig, SembMarine said. It attributed the higher year-ago net loss to a loss on the sale of a semi-submersible rig and overall low business volume, offset by recognition of the delivery of a rig.

Turnover for the quarter ended 30 June fell 55 percent on-year to S$731.3 million due to year-ago recognition of the delivery of rigs, the rigbuilder said in a filing to SGX.

In the first half, SembMarine posted a net loss of S$6.8 million, narrower than the year-ago loss of S$50.3 million, on revenue of S$1.54 billion, down 45 percent on-year.

Operating profit for the first half was S$2.7 million, swinging from a year-ago loss of S$33 million, the filing said. The low operating profit was mainly due to continued low overall business volume impacting the absorption of overhead costs, and on accelerated depreciation of S$22 million for Tanjong Kling Yard, which SembMarine will move all operations away from by end-year, the filing said.

“They included the design and construction of a 12,000 cubic metre LNG bunker vessel as well as repair and modernisation works on 13 cruise ships. The low level of orders will impact negatively on production activities in the second half,” SembMarine said.

“Overall, challenges in the offshore and marine sector persist, and it will take some time before we see a sustained recovery in new orders, while competition remains intense and margins compressed,” SembMarine said. “With insufficient new orders secured in the last few quarters, the company is expecting the losses for the second half to be higher than the first half, with the full year losses projected to be similar in range to last year’s losses.”

But it added that global capex spending for offshore exploration and production was expected to continue to improve and that the company was responding to enquiries and tenders for various engineering services and projects in the production and gas value chain segments.