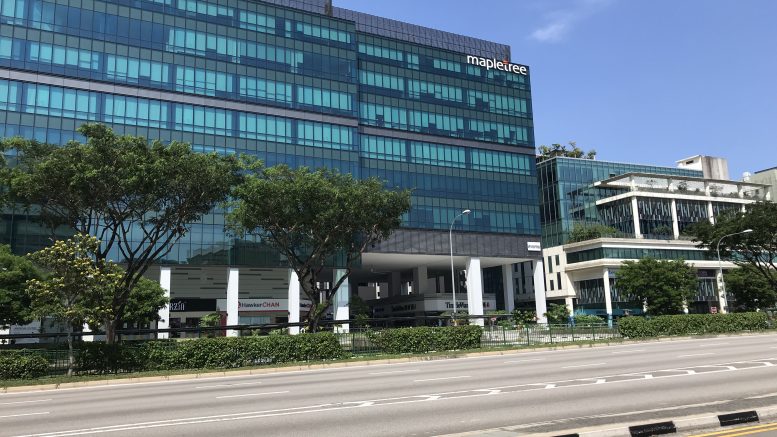 The unit price is trading at 1.5 times price-to-book value and at a 5.6 percent yield for fiscal 2020, compared with the historical seven-year average of 1.2 times and 6.9 percent, respectively, the brokerage said in a note Wednesday.

“While we like MINT for its visible growth profile, we think this has been priced in and investors could look for a lower entry point,” CGS-CIMB said.

In addition, the brokerage said the trust could face lower rents ahead, even as occupancy is expected to tick higher from the 90.5 percent at the end of fiscal first quarter.

“We think occupancies could continue to inch up as 30A Kallang fills up and 7 Tai Seng comes onstream,” CGS-CIMB said.

But it added that while the average gross rental rate increased to S$2.10 per square foot per month from S$2.07 in the previous quarter due to new leases, overall rental reversions were negative.

“We expect to see continued weakness in rental reversions due to the high base for rents signed two to three years ago. Discounted rents given to existing tenants relocating from Kolam Ayer which will be recognized as new leases could also contribute to softer gross rental rate growth, in our view, the note said.

CGS-CIMB said the fiscal first quarter results were in line with its forecasts at 25 percent of its full-year estimate.

The brokerage raised its fiscal 2020 distribution per unit forecast by 1.9 percent, but lowered its view for fiscal 2021-22 DPUs by 0.1 percent to 1 percent to take into account the redevelopment of Kolam Ayer and the earlier-than-expected completion of 7 Tai Seng.

Y Ventures says it can continue as a going concern