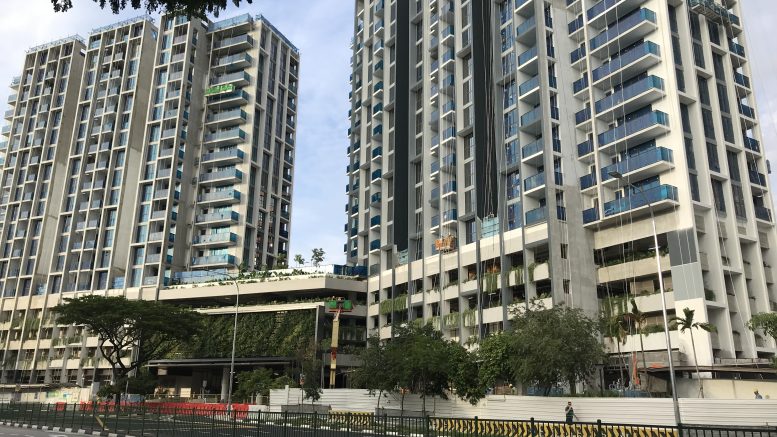 Singapore’s closely watched residential property market took a hit last year when the government stepped in with a fresh round of cooling measures, but the outlook may have turned toward a not-too-hot and not-too-cold Goldilocks scenario.

Jack Chua, executive director and CEO of APAC Realty, told Shenton Wire the market is starting to recover, noting that even with last year’s cooling measures, around 8,000 new units were sold in 2018, compared with around 9,000 in 2017.

“The drop is not so significant and a lot of people are predicting this year, we should also be able to clock in this type of number of 8,000-9,000 units of new units sold,” Chua said.

That sales rate was a signal that the pipeline of more than 40,000 new units over the next few years would keep supply and demand balanced, he said.

“If this is going to balance, you will not see the prices are going to move a lot, whether it is up or down. It’ll be quite stable,” Chua said. “In a stable market, people will come in. When the market is down, people are worried, so may not want to come in. But when the market picks up too fast, people also can not catch up,” Chua said.

“This year, we should be quite stable,” he added.

Earlier this month, the Urban Redevelopment Authority (URA) called the pipeline of around 44,000 private housing units a “large supply.” That figure included 39,000 unsold units from government land sales and en-bloc sites with planning approval and another 5,000 from sites pending planning approval, the URA said.

There were also around 24,000 vacant private housing units, according to a statement the URA posted to its website.

“Overall transaction volume declined for the third straight quarter [including 1Q2019], while developers’ demand for land has also moderated,” the URA said.

That has driven the URA to cut back on supply via government land sales ahead.

Other sources of potential new supply also appeared to have dried up: In 2018, before the July imposition of new cooling measures, there were 34 en bloc deals with a total value of S$10.1 billion. For the full year, there were a total of 38 en bloc sales, according to data on the website of PropNex agent Tracy Goh.

There have been no successful residential en bloc sales in 2019, Goh’s data show.

Firstly, if prices are set to remain relatively flat, developers don’t have much reason to chase en bloc sales, which often require a premium price, for fresh supply, he said.

Secondly, developers just aren’t hard up for sites any longer, he said.

“After the one, two year en bloc fever, most of the developers have something already,” he said.

Sales volume for May was up 3.0 percent on-month at 835 units resold, but it was still a sharp drop of 46.1 percent on-year, the SRX data showed. The sales figure was the highest since July 2018, when the government surprised the market by imposing a fresh round of cooling measures.

Real estate agencies PropNex and ERA Singapore, a wholly owned subsidiary of APAC Realty, together comprise around 48 percent of Singapore’s property agents, and 77 percent of primary residential sales and 83 percent of secondary residential transactions by number of units, according to a recent note from Philip Securities.