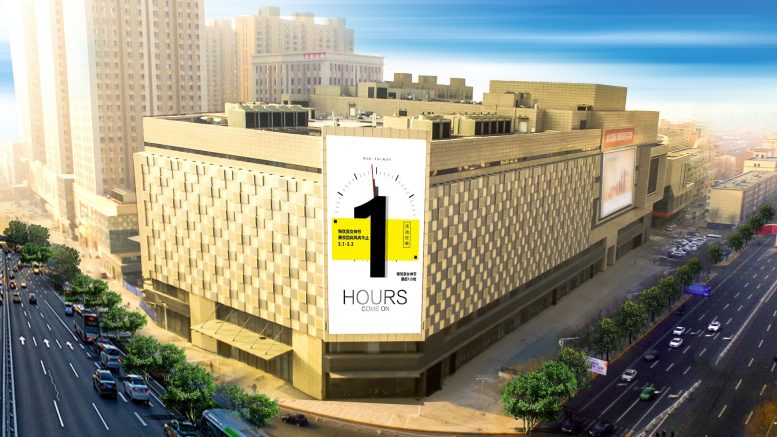 U.S.-China trade tensions may be knocking market sentiment, but that hasn’t deterred CapitaLand Retail China Trust (CRCT) from adding to its portfolio of China malls.

“We do not know how this trade war will develop and signs are there it’s not going to be a very short-term kind of thing,” Tan Tze Wooi, CEO of CapitaLand Retail China Trust Management, the trust’s manager, said in a press conference Tuesday.

With the current economic climate, that may be an understatement.

China’s Foreign Ministry said Tuesday the mainland doesn’t want a trade war but isn’t afraid of fighting one. “If the [U.S.] insists on escalating trade frictions, we will respond to it with resolution and perseverance,” said Foreign Ministry spokesman Geng Shuang, according to an official transcript of his press conference.

The comments come in the wake of U.S. President Trump threatening, during an CNBC interview, to immediately impose steeper tariffs if President Xi Jinping didn’t attend the G-20 summit at end-June.

But even with the trade war disruptions in the background, CRCT said Tuesday it agreed to acquire three China malls from CapitaLand for 2.86 billion yuan, or around S$589.2 million.

The three malls are CapitaMall Xuefu and CapitaMall Aidemengdun in Harbin and CapitaMall Yuhuating in Changsha, and all have occupancy of 99 percent, “well above the market average,” the trust said in a filing to SGX.

Tan said that for CRCT’s mall portfolio, the concerns over the trade war were more about the longer-term growth of the Chinese economy.

“The good thing about the retail asset class we have is it’s more a domestic consumption kind of business. So they are less directly impacted by trade tensions immediately and upfront,” Tan said.

“Immediately, the sentiment may affect some of the cautious spending. I would think the discretionary spending is one area where you can see maybe a sharper correction,” he added.

But he also said there would likely still be a “flow down” to the middle-to-high shopping segment, where CRCT is focused on tapping rising disposable income and family-oriented lifestyle spending.

Tan noted the CapitaMall Aidemengdun and CapitaMall Yuhuating malls were both focused on necessity shopping, while CapitaMall Xuefu aimed to attract shoppers and families with experience-based attractions, such as an indoor Amazon garden.

The trust would continue to pursue acquisitions in cities with stronger fundamentals and a solid longer-term growth outlook, especially provincial capitals benefiting from urbanization, Tan said.

The trust hasn’t fully sailed clear of the trade war, however.

Tan said he was watching the yuan levels closely, particularly the movements of the yuan against the Singapore dollar as both currencies operate under a trade-weighted policy. Currently, the Singapore dollar is buying around 5.07 yuan, compared with around 4.94 yuan earlier this year, according to Bloomberg data.

To create a natural hedge, CRCT has been using on-shore debt, he said.

In addition, the trust’s overall policy has been to hedge around 50 percent of distributable income — which is usually converted from yuan to Singapore dollars to pay distributions to unitholders, Tan said.

But late last year, amid signs the yuan would weaken further, the hedging level was increased to 80 percent of distributable income, he said.