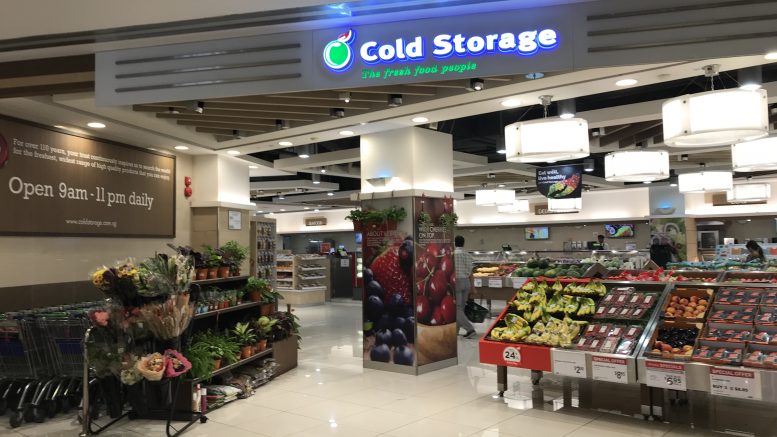 Outlet of Cold Storage supermarket, which is owned by Dairy Farm, at Kinex mall in Singapore

RHB downgraded Dairy Farm International to Neutral from Buy after the recent share price rally, and amid escalating uncertainty over the ongoing U.S.-China trade war.

“We think the stock is now fairly valued,” RHB said in a note Wednesday, adding the share price was likely to be rangebound.

“While consensus is still bullish on Yonghui’s performance this year, the escalation of U.S.-China trade tensions and the resulting depreciation of the yuan could cap its contribution to Dairy Farm, when translated to the group’s reporting currency (U.S. dollar),” RHB said.

In addition, the health and beauty segment’s growth could slow in the second half of this year if consumer sentiment worsens, despite “stellar” growth in the first quarter across most markets, RHB said.

The brokerage also expected the food division to remain a drag, with the first quarter interim statement showing the segment’s profit continued to decline on-year.

“We expect the food division to fare worse than last year,” RHB said, pointing to the store-consolidation plan in Southeast Asia.

“Our recent ground checks in Kuala Lumpur (KL), Malaysia and Singapore further suggest that the group still has quite a number of hypermarkets and supermarkets caught in poor locations or have not undergone store improvement programs,” the note said.

“We believe the restructuring program is still very much ongoing. As a result, we think the ASEAN supermarket business is likely to
stay in the red in 2019,” RHB said. “In addition, Hong Kong and Macau markets, which were holding up the food division’s earnings, are seeing margin erosion due to higher rental and labor costs.”