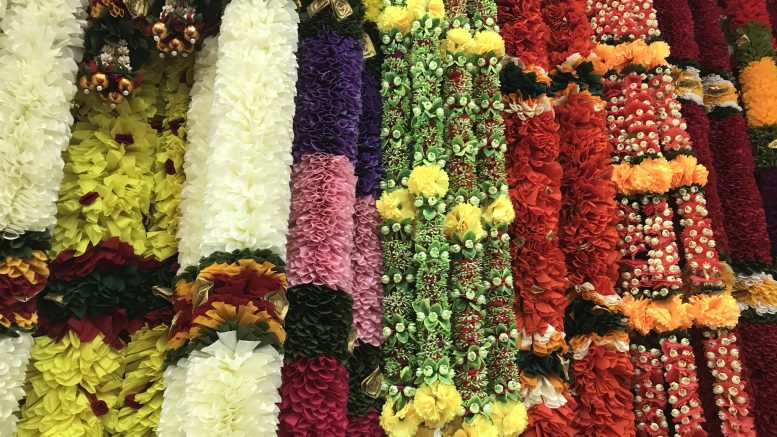 “(Traditionally), the India story is about internal consumption,” Sanjeev Sanyal, the principal economic adviser to India’s Finance Ministry, told analysts and investors at the Nomura Investment Forum Asia 2019 Tuesday. “We are challenging that.”

Sanyal said India hadn’t yet really applied itself to the question of exports.

“Very often we tend to very quickly get diverted off into ‘oh, let’s revive auto sales for next quarter.’ We have the space to go further, after the big stuff now. We should do so,” he said.

Sanyal pointed to a completed, but not yet released report making a “very strong case” for pursuing export-oriented policies.

The report on trade and export competitiveness will be presented to India’s Commerce Ministry once the new government is sworn in Thursday, Sanyal said. Modi’s ruling Bharatiya Janata Party (BJP) won an absolute majority in elections that ran for nearly six weeks in April and May.

India is currently the world’s fastest-growing major economy, but growth is slowing. India’s gross domestic product clocked in at 6.6 percent growth in the three months to December, the slowest pace in five quarters.

The government will release an estimate for the January-to-March period, the fourth quarter of its fiscal year, Friday. Unemployment is also a concern, with the jobless rate reportedly running at 6.1 percent, a 45-year high. The government has disavowed the figure.

Pending release of the GDP report, Sanyal didn’t confirm specific details on the Modi government plans to promote exports, but he did provide a few hints.

He noted “credit to the export sector has crashed” and needs to be revived. In addition, Indian exporters cannot currently purchase worldwide insurance to protect against global recalls or other incidents. Sanyal also pointed to India’s defense industry, where there may already be sufficient scale to create supply chains.

“Our share of global exports is so small. We should grow that, and rather than seeing global disruption as a negative, the fact that global supply chains are being disrupted should be seen as an opportunity,” he said.

Sanyal, who has a reputation for being one of Asia’s leading economists, argued Modi successfully addressed major inter-city infrastructure issues during his first term, and can now focus on “soft” infrastructure, such as trade and the legal system, which he also highlighted as a priority.

“Enforcement of contracts is now the single biggest binding constraint (for businesses),” he said. “It’s imminently fixable. It’s well within the realm of what can be done.”

Sanyal also had a word of warning for companies traditionally relying on patronage or government bailouts.

“For once and for all, it’s been demonstrated that this business of taking large amounts of loans, and not really wanting to repay it, that game is over,” Sanyal said, pointing to the Insolvency and Bankruptcy Code (IBC), which was passed three years ago.

“Every time things go off a little bit, you expect government intervention. We want to ween people away from that. We remain ready to do whatever is necessary, but to the extent we can, we will watch rather than intervene . . . (otherwise) the government balance sheet is eternally providing a backstop to bad behavior,” he said.