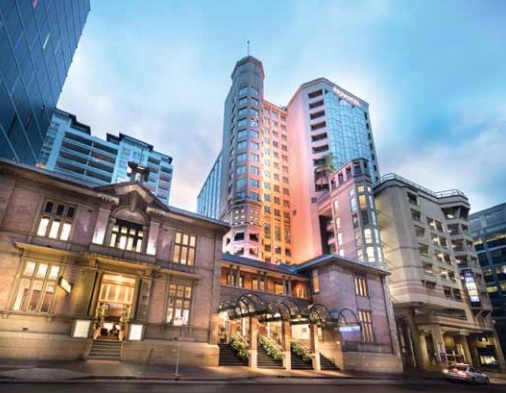 Gross revenue for the quarter ended 31 March fell 1.4 percent on-year to S$49.02 million, the trust said in a filing to SGX.

That was after the loss of income from the divestment of two hotels in Beijing and a lower contribution from the Singapore hotel and the Australia portfolio amid a weaker Australian dollar, Ascendas Hospitality Trust said.

The Park Hotel Clarke Quay in Singapore saw weaker demand from the transient and corporate segments in the fourth quarter, as well as the absence of the Singapore Airshow in the year-earlier quarter, the trust said.

In Australia, the revenue per available room (RevPAR) fell 3.2 percent on-year to A$149 in the quarter, the trust said.

“Despite challenges faced in some of the markets, it has been a fulfilling year as we were able to drive growth and develop the trust through
acquisitions in Korea and Japan,” Tan Juay Hiang, CEO of the REIT manager, said in the statement.

The distribution per stapled security (DPS) was 1.77 Singapore cents, up 29 percent from 1.72 Singapore cents in the year-ago quarter, mainly on lower financing costs and the partial distribution of proceeds from divesting the Beijing hotels, the filing said.

Ascendas Hospitality Trust was mixed on the outlook for Australia.

“A relatively lower Australian dollar will help to drive inbound arrivals into Australia as well as domestic travelling,” it said.

For Japan, the trust said inbound arrival growth for Tokyo and Osaka are expected to support those cities’ hotel markets, with support expected from the G-20 summit to be held in Osaka in June and the Rugby World Cup 2019 to be held in 12 locations in the country.

Ascendas Hospitality Trust has 14 hotels in its portfolio, with around 4,700 rooms across cities in Japan, Australia, South Korea and Singapore.