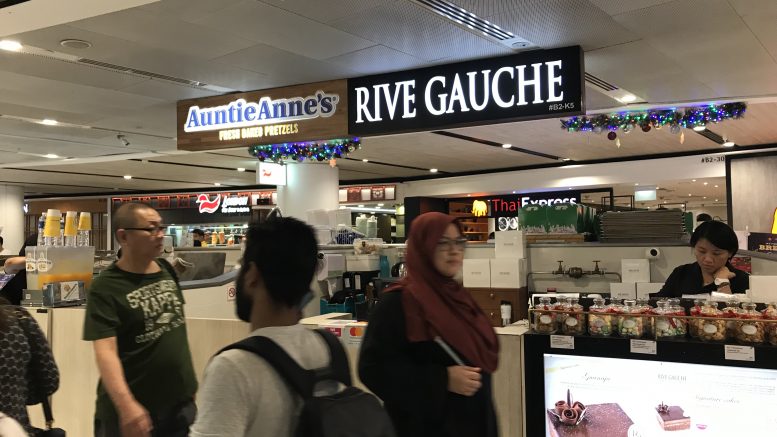 Revenue for the quarter ended 31 March increased 4.7 percent on-year to S$51.5 million on contributions from the Japanese restaurant chain Tonkichi and Japanese-French confectioner Rive Gauche, which were both acquired in July 2018, thae company said in a filing to SGX.

“The local food and beverages environment remains challenging due to intense competition, labor shortages and high rentals,” Kimly said in its outlook. The company plans to expand “the range of food items served and diversify revenue streams (such as via recent acquisitions of Rive Gauche and Tonkichi).”

Online delivery sales rose to around 2.0 percent of revenue for the fiscal first half, compared with 1.0 percent for all of 2018.

Administrative expenses rose 12.4 percent on-year to S$4.35 million in the quarter on higher employee benefits costs, including for increases to headcounts and salaries, and higher depreciation, Kimly said.

Kimly declared an interim dividend of 0.56 Singapore cent, up from 0.28 Singapore cent at the end of the fiscal first half of the previous year.

The company said that it had completed the upgrading of its central kitchens during the fiscal second quarter, and it planned to use technology to “strengthen the synergy” between the central kitchens and its outlets.

In addition, is developing its own brand of iced kopi and iced tea, aiming to tap growing preferences for healthier options; the new products are expected to be ready to launch in the fiscal third quarter, Kimly said.