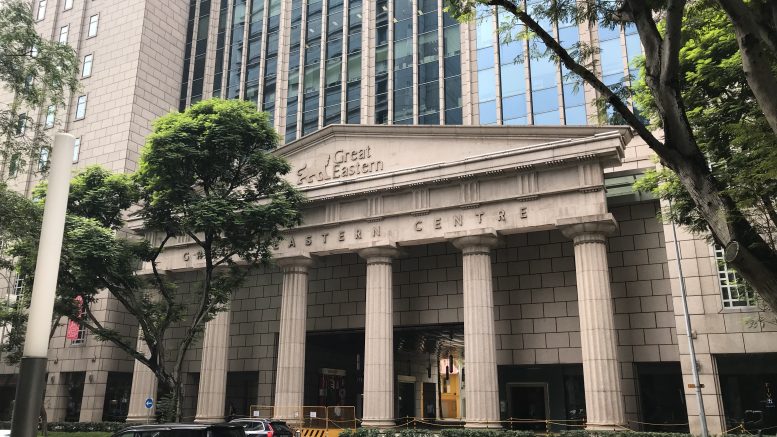 Gross premiums increased 6 percent on-year to S$2.59 billion, partly on contributions from the mySalam program for Malaysia’s B40 households, the insurer said in a filing to SGX before the market open. MySalam is a shariah-compliant health insurance program, while B40 refers to the bottom 40 percent by income, or a median household income of around 3,000 Malaysian ringgit (S$988) a month

Profit net of tax from the shareholders’ fund jumped more than 1,000 percent on-year to S$124.2 million in the quarter on higher investment income and higher mark-to-market gains in equities, the filing said.

However, operating profit from the insurance business fell 8 percent on-year to S$150 million in the quarter on a one-off, year-earlier gain from releasing surplus from overseas operations, Great Eastern said.

Fees and other income fell 14 percent on-year in the quarter to S$17.9 million, mainly on lower fee income from the Lion Global Investors asset management arm, the insurer said.

The foreign exchange loss narrowed to S$15.1 million in the quarter, mainly on U.S.-dollar denominated investments, from a S$42.6 million loss in the year-ago period, the filing said.

Follow Shenton Wire on Telegram for alerts on your phone