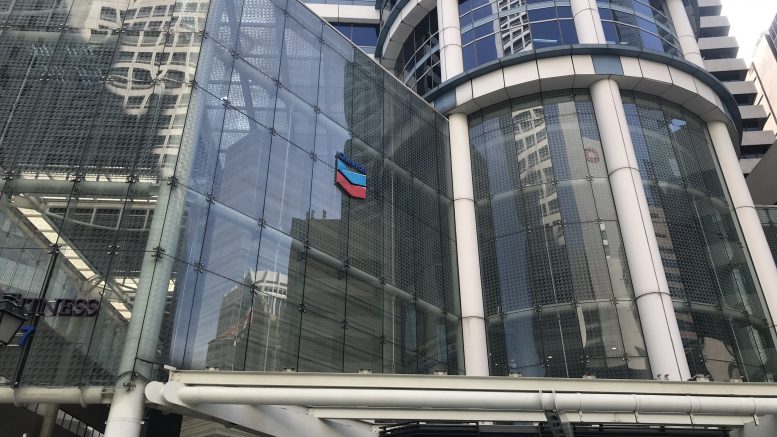 Oxley Holdings entered a deal to sell all of the Chevron House building in Singapore’s central business district to Golden Compass (BVI) for a total value of S$1.025 billion, the property company said Tuesday.

The agreement followed Oxley’s announcement in March that it had accepted an expression of interest (EOI) from a U.S.-based real estate fund.

The deal includes a payment of S$210 million and taking over the bank loans of Oxley Beryl, the subsidiary of Oxley Holdings which owns the building, the filing said.

Chevron House, formerly known as Caltex House, is currently untenanted amid preparation for a major refurbishment; it has 33 storeys and three basement levels.

The acquisition would be of Oxley’s wholly owned subsidiary Oxley Beryl, which owns the Chevron House property at 30 Raffles Place in Singapore, the filing said.