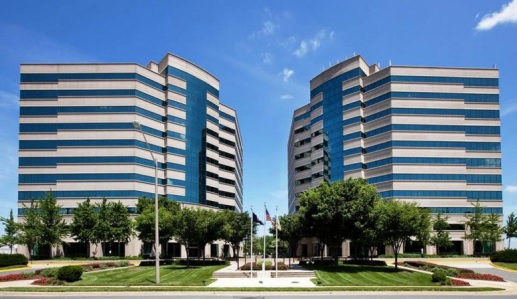 Manulife US REIT agreed to acquire two-tower office building Centrepointe 1 & II in Fairfax, Virginia, for US$122 million from Carr Properties, the REIT said in a filing to SGX after the market close Monday.

The acquisition will be financed with a combination of loans and the issuance of new units in a private placement to raise at least US$94 million, the filing said.

Jill Smith, CEO of Manulife US Real Estate Management, the REIT’s manager, pointed to Fairfax as “an economic engine” in the Washington, D.C. metro area (MSA).

“Washington MSA has one of the highest populations, median household incomes and GDPs in the U.S. These qualities have attracted global
firms, especially in the government, defense and technology sectors, to the region,” she said in the statement.

“We believe Centerpointe, which is a 30-minute drive from Amazon HQ2 could potentially benefit from a multisector office, residential, hospitality and retail boom that will follow this further injection of growth,” she added.

In November, Amazon announced plans to build a corporate headquarters in the Crystal City area of Arlington, Virginia.

The Fairfax Center submarket has no new office supply in the pipeline, given the high cost of new construction, making buildings such as Centrepointe set to outperform on occupancy, rents and tenant retention, the filing said.

Centrepointe has 98.7 percent occupancy as of end-March, and it has 21 tenants, the REIT said, adding all of the leases have built-in rental increases of 2.5 percent to 3 percent.

On a pro forma basis, the acquisition would have increased 2018 distribution per unit by 3.3 percent, Manulife US REIT said.

DBS: This is who will benefit from new digital banking licences