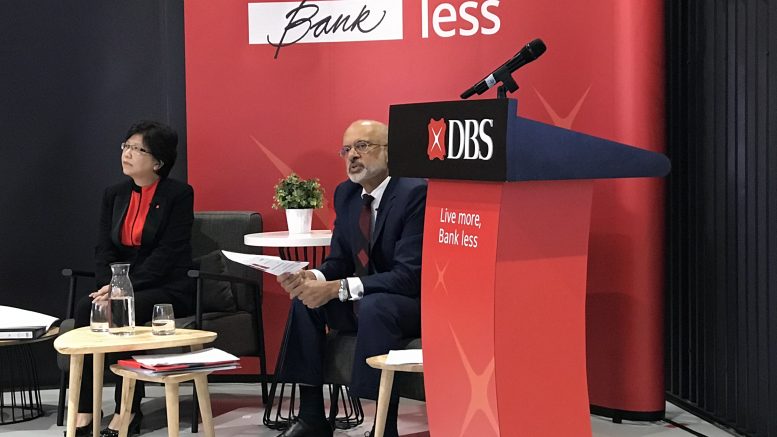 DBS CEO Piyush Gupta said Monday the major risk for the bank would be a “steep collapse” in interest rates.

That was after the U.S. Federal Reserve caught markets by surprise earlier this year with the announcement that it was pressing the pause button on its rate-hiking cycle.

The rising interest rate environment has bolstered earnings at banks globally as it enabled them to increase lending rates.

DBS, which is Southeast Asia’s largest bank, said its NIM, or the difference between the interest rate banks charge to lend and their cost of funds, rose 5 basis points to 1.88 percent in the first quarter.

But Gupta saw a risk the increases in interest rates, which followed years of global central banks cutting rates to zero or even lower after the Global Financial Crisis, could reverse.

“If it turns out that the fed actually starts cutting rates this year, and they start getting worried, if that spills over and flows over to the interest rate outlook across the region, then obviously it would have a detrimental impact on our NIMs,” Gupta said at a media briefing in Singapore Monday.

To be sure, he didn’t see that as the most likely scenario.

“I think the Fed is more likely to hold rates where they are and probably won’t see a cut until 2020,” he said.

Another lingering risk, the U.S. trade war on China appears to be playing out according to DBS’ previous projections, Gupta said.

”In the immediate short term, it’s probably unlikely to see any significant reduction in trade volumes. Shifting supply chains is not that easy,” he said.

“If you look into the medium term, you start seeing some of the supply chains shifting and it is indeed the case. Many clients are looking at putting the next investment into other countries. But as we have forecast, much of their investment is within the region,” Gupta said.

“That plays to us; that plays to our strengths and allows  us to actually intermediate some of the businesses; in some cases even better than if they were in China,” he said.

But he added that the longer term risk was that the tensions could spill over beyond trade, into a cold-war type tension between a China and non-China world.

Temasek: Risk of US recession is rising amid trade tensions