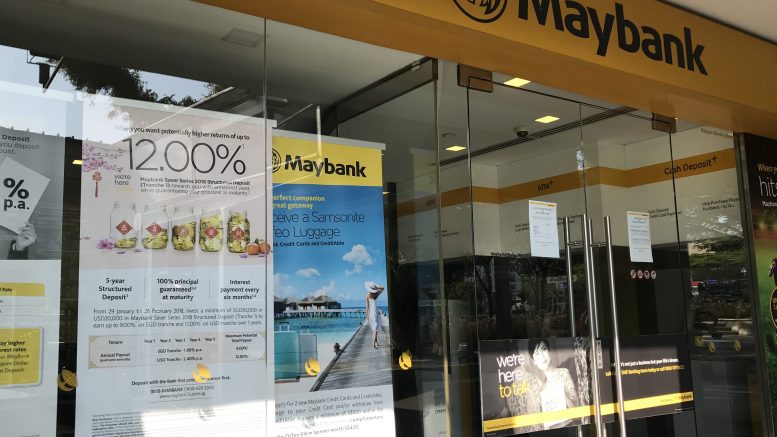 Maybank was also seeking interest and legal costs, with payment by 30 April, Hyflux said in a filing to SGX late on Thursday.

Hyflux said Maybank has reserved its rights under hedging agreements which were part of Tuaspring’s financing arrangements.

“As currency exchange fluctuations and interest rate movements directly impact the exposure under these hedging agreements, the company is currently unable to precisely determine the exact amount payable to Maybank,” Hyflux said.

It estimated the amount was around S$28.03 million at end-March.

In addition, Maybank gave notice that Tuaspring was not to sell or otherwise dispose of property related to a debenture, with the exception of the sale of the desalination plant and shared infrastructure to Singapore water regulator PUB, the filing said.

Earlier this month, Maybank said it was terminating its collaboration agreement with the troubled Singapore water infrastructure player with immediate effect due to its failure to reach a binding deal with a bidder or investor.

“The demand from Maybank, like the termination of the collaboration agreement, is expected to have a material impact on the financial performance of the group,” Hyflux said.

Maybank’s loans to Hyflux were substantial: A CGS-CIMB research note from August said that the exposure was at S$658.6 million as of the end of 2018’s first half.

The Malaysian bank had agreed to hold off on enforcement action against Hyflux on the condition that the Singapore company would execute a deal with a successful bidder or investor which would fully settle with Maybank.

A deal had appeared within reach and Maybank had provided Hyflux with multiple deadline extensions of their agreement.

The deal’s termination led to PUB rescinding its extension of the default cure period for the contractual obligations of Hyflux’s Tuaspring Desalination Plant. PUB issued a notice to Hyflux that it would terminate its water purchase agreement (WPA) and take over the plant.

Blumont to acquire Natra Bintan resort hotel and nearby land lots for S$78.4M in all-share deal with Malaysia’s Landmarks